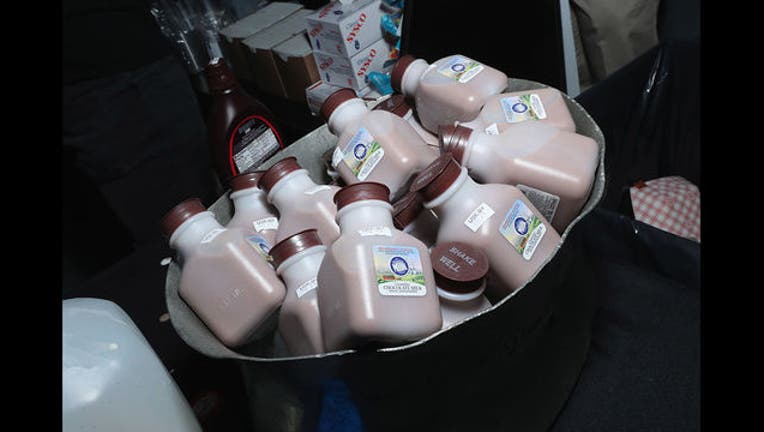 (FOX NEWS) - A blogger and clothes designer was appalled at the response she got for sending her son to school with a chocolate milk in his lunchbox.

Constance Hall, the 33-year-old mom said on her radio show, The Queen Sesh, that her 5-year-old son was banned from drinking his chocolatey snack during his morning break because his teachers deemed it not “healthy enough for recess.” The young boy told his mom he is only allowed to indulge in his dairy beverage at lunchtime.

Hall was angered by how uncomfortable the teacher’s made her son feel over the drink she gave him - and why her son has to wait until later in the day to drink his snack.

“So I said to the teacher, really? The options are that or juice and because he can’t have any bread or anything substantial I give him the milk to line his tummy a bit because he’s probably hungry,” Hall said.

She said she also had to endure 'awkward' lectures from her son's teachers about proper nutrition and sending her son to school with the “worst breakfast ever,” according to a Mirror report.

“There are other mothers who can’t even afford to do lunch orders and then for them to get shamed about what they’re giving their kid for recess, I just don’t like it.”

The Like a Queen blogger often writes about financial pressures that face families and how to parent confidently.