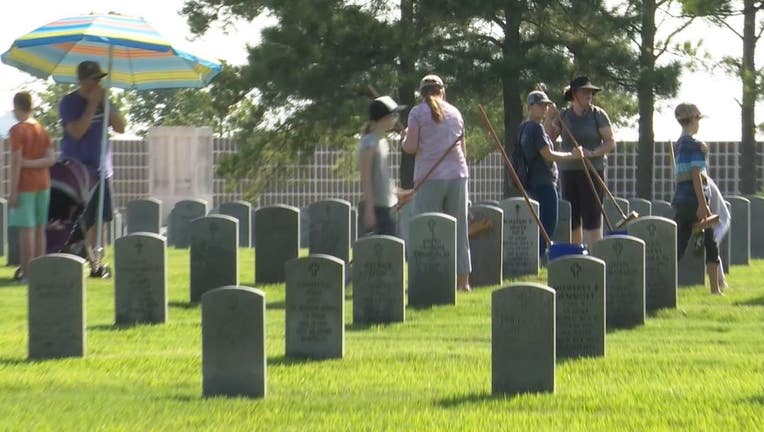 HOUSTON - We will never forget the memory of fallen soldiers who gave their lives for the U.S. and as part of 9/11 Day of Service, more than 1,000 volunteers spent their Saturday cleaning up the Houston National Cemetery.

The Church of Jesus Christ of Latter-day Saints in the greater Houston area and its volunteer service arm, JustServe joined together at 9 a.m. to 11 a.m. Saturday, along with the veteran’s charity group, Carry The Load to participate in the cleanup. 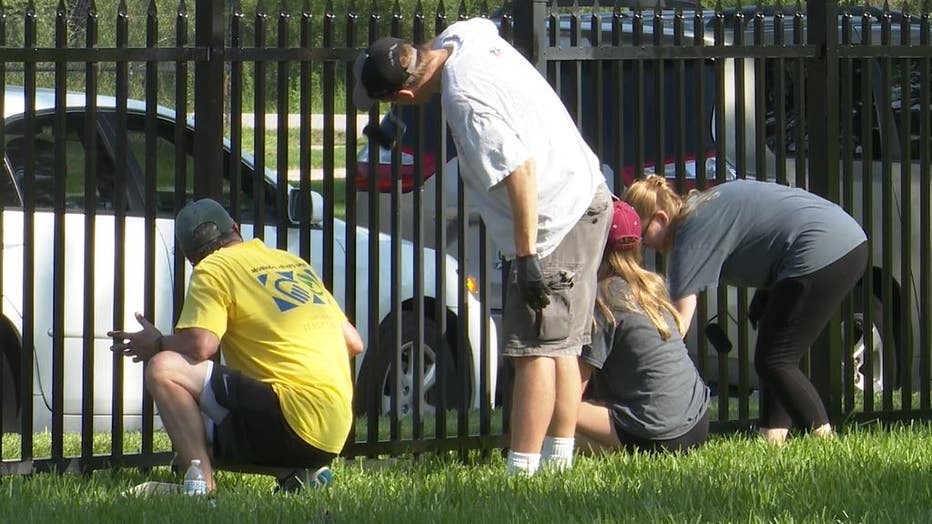 According to a press release, the effort was a way for volunteers to give back to those who have given so much for our country and our freedoms.

"America is very lucky to have so many veterans here that are willing to serve for us," said Canon Peltier.

Volunteers worked on painting faces and structures as well as cleaning and straightening headstones, leaving flowers, and picking up debris.

"I think what struck me is the sheer volume," said volunteer Camille Leatham on the clean-up attendance. "I’m doing a little service, but [fallen veterans] gave so much."

"This is a big undertaking, and it’s awesome to see so many people come out and give their Saturday in that way," said Leatham.

Samuel Peltier, who was there with his twin brother Canon, was also in a reflective mood this morning.

"You’re helping your community, and these people fought for us, so it’s the least we could do for them," said Peltier.

Sergeant Jose Navarro, who was at Ground Zero when the attacks on the World Trade Center took place, was at the cemetery to present the American Flag.

"Being from New York City, anything that has to do with 9/11, if I can be there and show support I will definitely be there," explained Navarro.

Navarro says he can’t help but think about those who died on that day, but also the way New Yorkers rallied together in the aftermath of the attacks.

"Just the way the city came together really made an impact on a lot of New Yorkers," he said. "I think about the families, obviously."

Much like volunteers in Houston gathered this morning in remembrance of those we’ve lost in battle, as well as on September 11, over the years.

"I love seeing the people come out and get together in just harmony and peace and just showing support for each other. It just shows what America is all about," Navarro said.