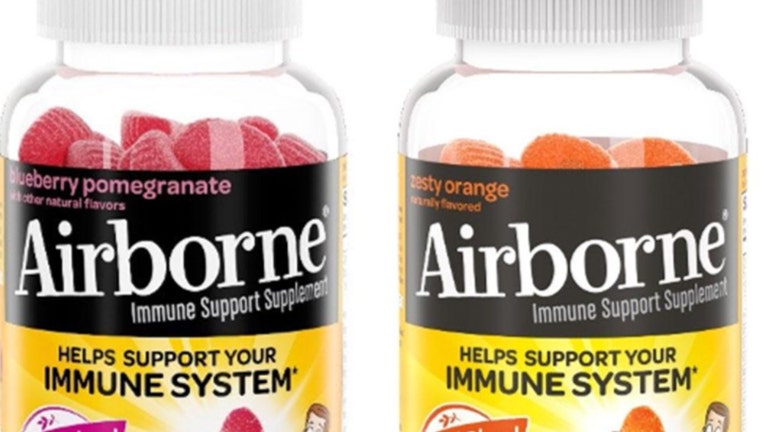 Reckitt recalls over 3 million bottles of Airborne Gummies due to injury hazard. (CPSC)

BETHESDA, Maryland - Over 3 million bottles of Airborne supplement gummies are being recalled after several people were allegedly injured after trying to open the bottle.

"When opened for the first time, pressure build up in the bottle can cause the cap and underlying seal to pop off with force, posing an injury hazard," the CPSC said.

There have already been at least 70 reports of the cap or seal popping off, according to the recall. Over a dozen reported cases where consumers say they received minor injuries, including one report of an eye injury requiring medical attention.

According to the CPSC, any bottles that have already been opened are "not subject to this recall as they would have released any pressure build up and do not present an injury hazard."

Consumers with unopened bottles "should not attempt to open the product," according to the recall. They are urged to contact Reckitt to return the unopened product for a full refund.

The recalled gummites were sold at major retailers nationwide including Target, Walgreens, CVS, Kroger, Sam’s Club, BJ’s Wholesale Club, Costco and Walmart from May 2020 through February 2022. They were also sold Amazon and SchiffVitamins.com during the same time.

Find more updates on this story on FOXBusiness.com.