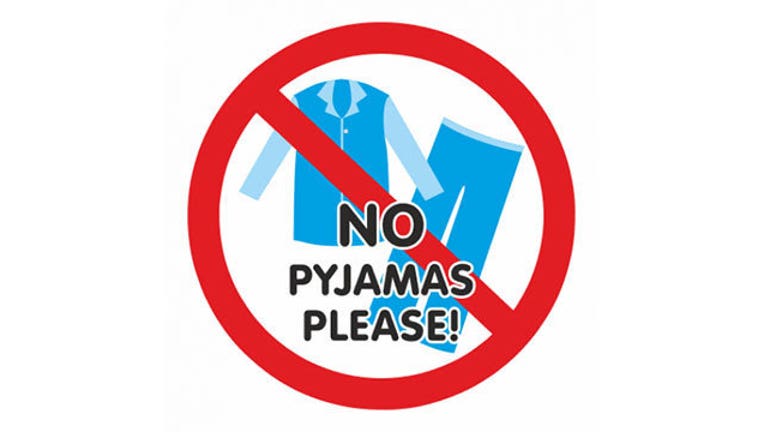 A movie theater in New Zealand is getting international attention for a new dress code that bans pajamas.

Hawera Cinemas says it has seen an increased trend of people coming to see movies wearing their pajamas and the managers say they want to "nip it in the bud".

In a post the theater says it will refuse to admit people who are in "pajamas, onesies, dressing gowns" and other sleepwear.

The theater says, "Unfortunately it is an increasing trend and we aren't the only business to notice it.  It's not something we would want to be seen out and about in either!"

One person suggested that the theater have special midnight screenings for people who want to wear p-js.  The managers said they would look into the idea.