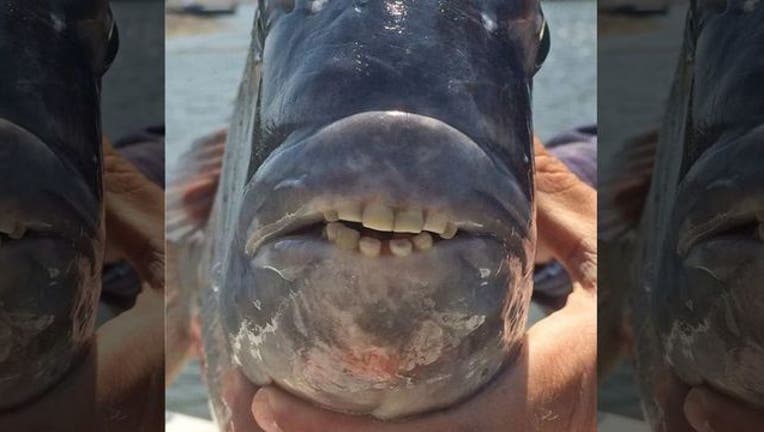 Many people think the fish is a sheepshead, also known as a convict fish. (Pam Corwin/ South Carolina Department of Natural Resources )

FOX NEWS - The South Carolina Department of Natural Resources on Wednesday asked its social media followers to identify a fish with “human-like incisors.”

The department posted a riddle to its Facebook page, which reads: “You’ll need a saltwater fishing license to catch me! I like to hang out near rocks, jetties, reefs, and even bridges. I’m also known as the convict fish because of my black and white stripes. The coolest thing about me? I have human-like incisors and molars to help crush my food. I like shrimp and oysters just like you do!”

Many people commented that the toothy fish appears to be a sheepshead, which is also known as a convict fish because its black and white stripes resemble a convict’s jail attire.

A sheepshead is also “a type of saltwater fish famed for having a crushing, painful bite when humans grab it the wrong way,” the Charlottesville Observer reported. It allegedly got its name because its teeth look like a sheep’s.