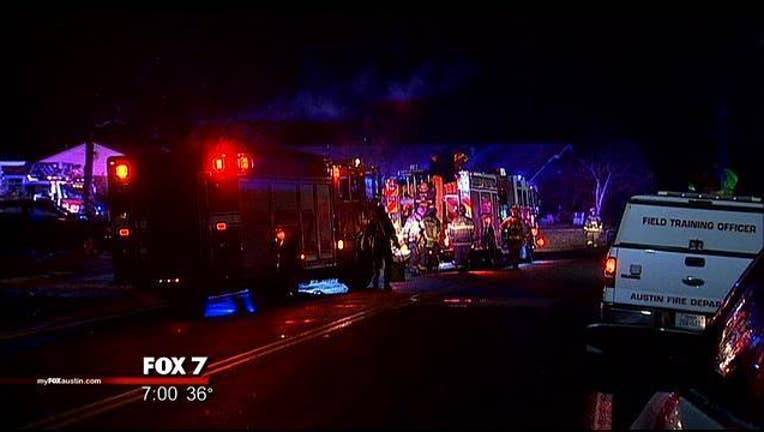 AUSTIN, Texas - An elderly man is in critical condition following a house fire in North Austin.

Neighbors said smoke poured out of the vents to the home on the corner of Northridge Drive and Rogge Lane early Sunday morning.

"Around 1:30 this morning, the fire department received a call of a structure fire," said Austin Firefighter Kelly Gall.

Luckily, firefighters at a station nearby got the call before it was too late.

"We have a fire station that is really, really close so response time was incredibly fast," said Gall.

An elderly man was still inside when firefighters arrived. First responders hurried to save him from the flames.

"They were able to quickly find an individual and extinguish the fire," Gall said.

The man was taken to UMC Brackenridge in critical condition. The blaze left $30,000 worth of damage, but firefighters said it could have been much worse.

"The gentleman that lives here was a hoarder and so there was a lot of product inside the house. So that was a little bit more of a challenge," said Gall.

Firefighters said luckily neighbors reported the fire to 9-1-1 because the man's home was not equipped with any smoke alarms.

Fire investigators determined the fire was accidental. It was caused by improper use of an extension cord.

Neighbors tell us this is not the first time there has been a fire at this particular home.