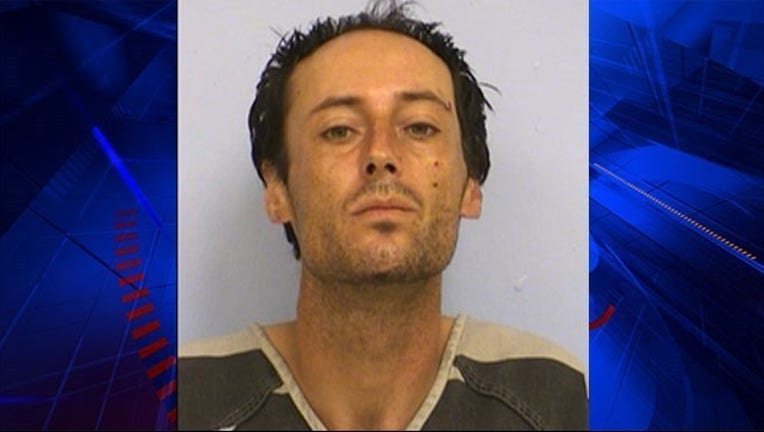 30-year-old Nathan Pearson is in the Travis County Jail after police arrested him after he allegedly caused injury to a woman in the alley behind the Church of Scientology in Central Austin Sunday afternoon.

According to court paperwork, Pearson came up from behind a 66-year-old woman and gave her a bear hug. He was naked and and squeezed the woman's face against his chest so tight that the woman says she couldn't breathe. The woman says it caused pain to her nose but she was also worried about perspiration dripping into her mouth and the fact that Pearson kept referring to her as "grandma".

When Austin Police Department officers arrived Pearson grabbed another man and reportedly started humping him. The victim informed police that he did not want Pearson humping him but Pearson would not stop humping him and continued to do so while on the man's back as if Pearson was getting a piggy-back ride.

Police feared the victim was choking so they used a Taser on Pearson. While on the ground Pearson started screaming and rambling on in an incoherent fashion. Court documents show at one point he referred to himself as Buzz Lightyear.

Police determined judging from Pearson's strange behavior, clothing choices and the fact that he was very sweaty and Pearson was most likely on K2.

Pearson remains in jail on a $25,000 bond and is charged with injury to the elderly which is a third degree felony.