They shared an image from the Ingenuity helicopter shortly after receiving the data. 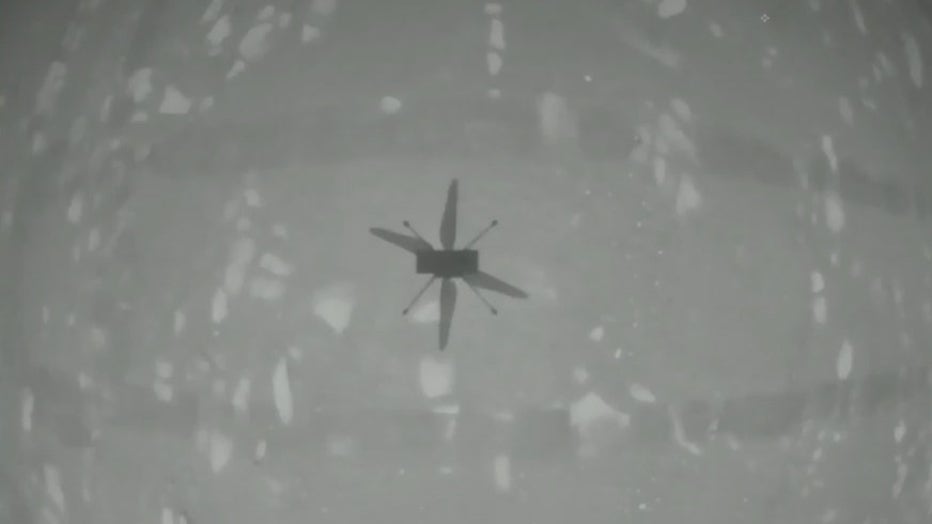 Then, they shared a photo of the Ingenuity helicopter taken from the Perseverance rover. 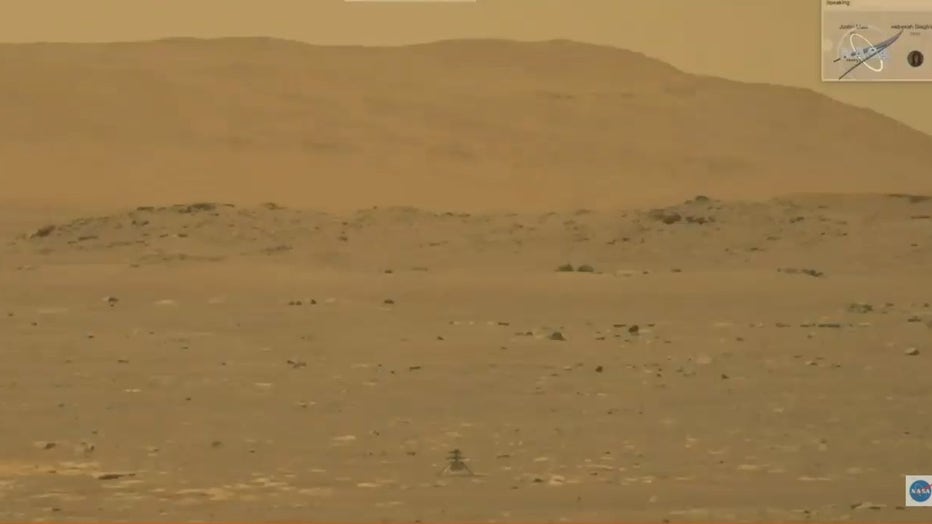 A post-flight briefing will occur at 2 p.m. EDT on Monday.

The initial flight was reportedly a brief hop but accomplished all the major milestones. The helicopter hovered for 30 seconds at its intended altitude of 10 feet and spent 39 seconds airborne. That is three times longer than the first successful flight of the Wright Flyer, which lasted a mere 12 seconds on December 17, 1903.

This is said to be the first flight of a powered aircraft on another planet. In addition, a fabric from the Wright Brothers' original plane which first attained flight in 1903 was carried by the Martian helicopter.

When the news finally came of the successful flight, the operations center filled with applause, cheers, and laughter.

See the moments NASA receives data from the Ingenuity helicopter on Mars.

"We’ve been talking so long about our Wright brothers moment, and here it is," said project manager MiMi Aung, offering a virtual hug to her socially distanced colleagues in the control room as well as those at home because of the coronavirus pandemic.

Ingenuity hitched a ride to Mars on Perseverance, clinging to the rover’s belly when it touched down in an ancient river delta in February. The $85 million helicopter demo was considered high risk, yet with a high reward.

The successful flight opens up a new era of space exploration using drones.

"A whole new way to explore the alien terrain in our solar system is now at our disposal," Nottingham Trent University astronomer Daniel Brown said from England.

Future helicopters could serve as otherworldly scouts for rovers, and eventually astronauts, in difficult, dangerous places.

Ingenuity will open new possibilities and will spark questions for the future about what we could accomplish with an aerial explorer.

Up to five increasingly ambitious flights are planned, and they could lead the way to a fleet of Martian drones in decades to come, providing aerial views, transporting packages, and serving as lookouts for human crews. On Earth, the technology could enable helicopters to reach new heights, doing things like more easily navigating the Himalayas.

Ingenuity’s team has until the beginning of May to complete the test flights so that the rover can get on with its main mission: collecting rock samples that could hold evidence of past Martian life, for return to Earth a decade from now.

The team plans to test the helicopter’s limits, possibly even wrecking the craft, leaving it to rest in place forever, having sent its data back home. 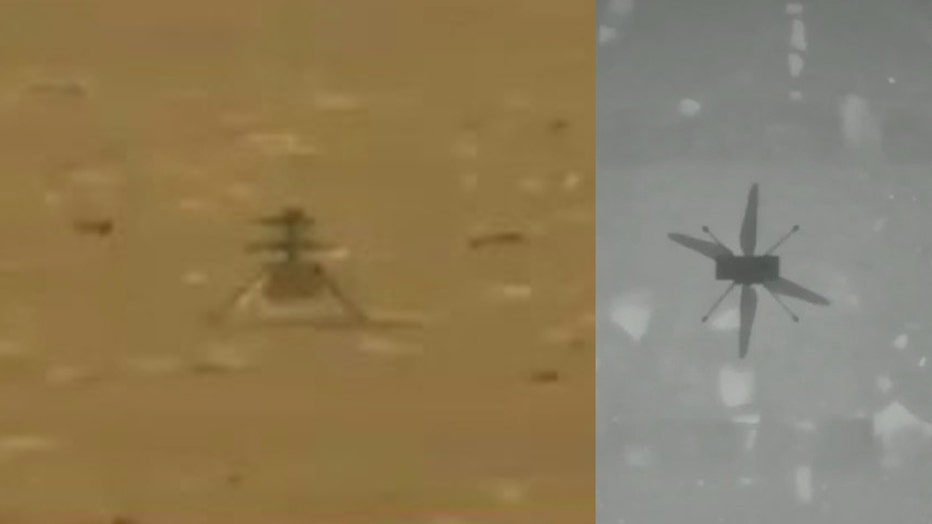 Until then, Perseverance will keep watch over Ingenuity. Flight engineers affectionately call them Percy and Ginny.