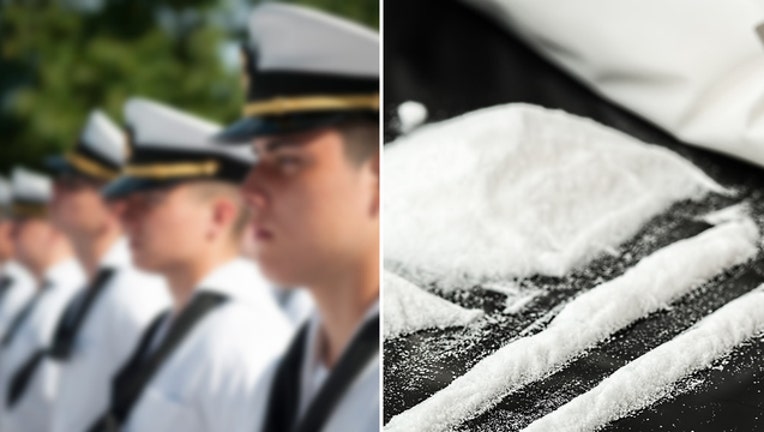 ANNAPOLIS, Md. (FoxNews.com) - The Navy is investigating allegations of a drug ring at the U.S. Naval Academy in Annapolis, Md., involving roughly 10 midshipmen, according to a senior Naval Academy official with knowledge of the investigation.

Three midshipmen are accused of selling cocaine, ketamine (a powerful sedative) and LSD to their classmates purchased on the dark web using Bitcoin, according to three midshipmen currently enrolled at the school.

No formal charges have been brought against the midshipmen during the investigation, which began nearly three months ago after a midshipman reported the drug dealing to authorities.

Midshipmen sources estimated the number of students under investigation to be as high as roughly two-dozen, despite the lower official estimate.

In a sign of how seriously Naval Academy officials are taking the alleged drug use, the second in command of the school, Capt. Robert B. Chadwick II, ordered a surprise drug test for all the midshipmen at 5:30 a.m. Wednesday morning. The entire Brigade of Midshipmen totals 4,500.