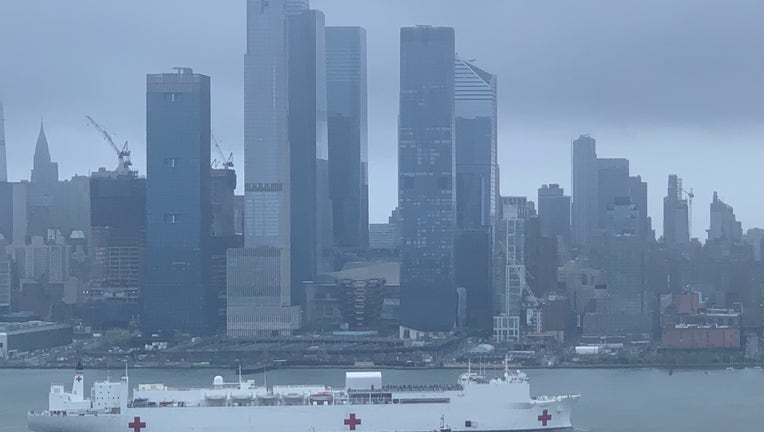 The USNS Comfort, a floating hospital sent to relieve NYC hospitals during the coronavirus pandemic, departs Manhattan's west side along the Hudson River.

The USNS Comfort was scheduled to set sail for Norfolk at approximately 11:45 a.m., but headed out about an hour later. The weather in Manhattan was foggy, rainy and windy as the ship was escorted out of its dock at Pier 90 and along the Hudson River by about a dozen smaller boats.

Gov. Andrew Cuomo said last week that the ship was no longer needed as stresses on the hospital system appeared to be easing. As of Saturday, the 1,000-bed hospital ship had treated 182 patients. The last patients were discharged this week, according to the Navy. 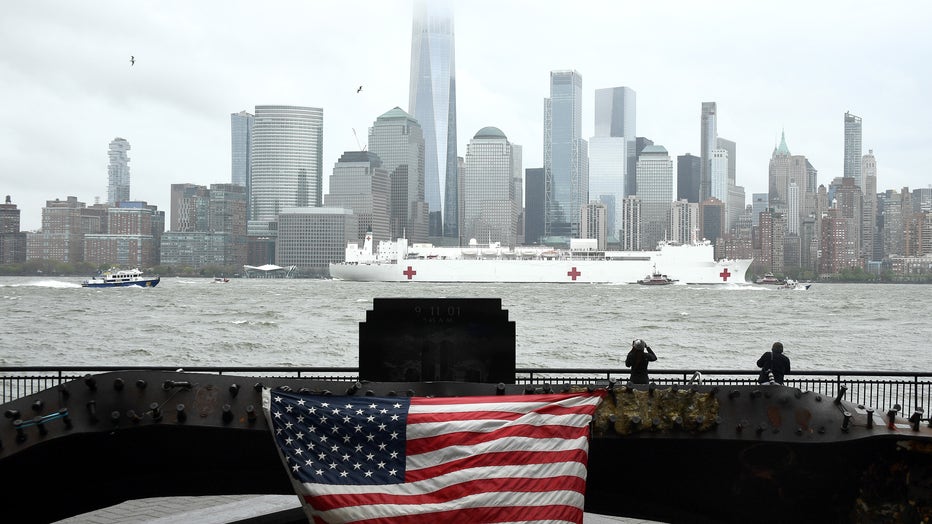 "USNS Comfort arrived in New York City to provide relief to frontline healthcare providers, and each patient who was brought aboard ensured one more bed was available in a local hospital,” said Vice Adm. Andrew Lewis, commander of U.S. 2nd Fleet and Maritime Component Element-East. “While the ship is departing New York City, make no mistake, the fight is not over, and we stand ready to support the response to COVID-19 in whatever capacity we are needed.”

“While the ship is departing New York City, make no mistake, the fight is not over, and we stand ready to support the response to COVID-19 in whatever capacity we are needed.”

With 12 operating rooms and a full medical staff, the ship docked in Manhattan on March 30, and while it was originally deployed to care for non-coronavirus patients, by April 6 it had begun accepting those with the virus as the city’s hospitals continued to crowd.

“This amazing crew of over 1,200 people treated 182 patients, of which approximately 70 percent were afflicted by COVID-19,” said Capt. Patrick Amersbach, commanding officer of the Comfort’s Medical Treatment Facility. “We were dedicated to providing the highest quality of care to each person who arrived to our hospital.”

More than 110 surgical procedures such as appendectomies, bronchoscopies, chest tube insertions, laparoscopic procedures, and tracheotomies were performed aboard, according to the Navy's website.

Once in Norfolk, the ship will restock and remain ready for possible future deployments, officials said.

The ship was crewed by civilian mariners and a majority of its medical staff was based at the Naval Medical Center in Portsmouth, The Virginian-Pilot reported. Officials did not say where the staff would go upon the ship's return.

The Navy hospital ship docked on Manhattan's West Side on March 30. The ship, which treated a fraction of the COVID patients it was prepared to treat, leaves NYC Thursday. Kayla Mamelak reports.