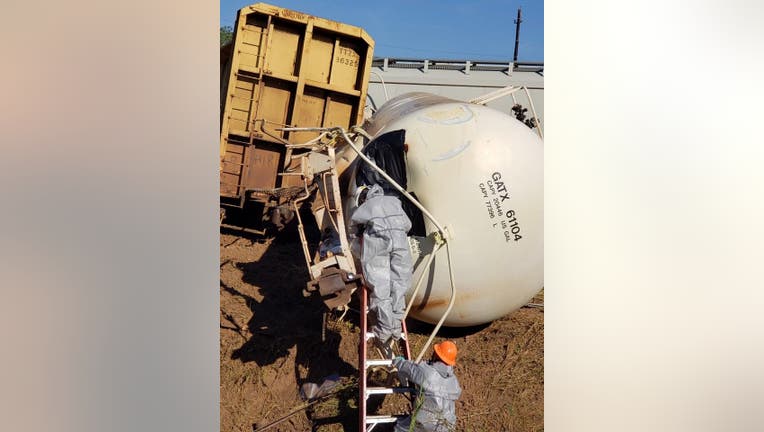 SMITHVILLE, Texas - A train derailment in Smithville with a chemical tanker leaking led to road closures and nearly 25 families forced to evacuate, according to officials.

It's unclear what caused the train to derail, but authorities say the Union Pacific derailment crew was working to clear the pileup for several hours, starting at 5 a.m., and plugged the leaking chemical tanker.

As a result of the incident, TxDOT closed SH95, FM2571, and FM535 and 20-25 families were evacuated for several hours until it was safe to return.

Officials were waiting for Union Pacific air quality experts to take samples in and around the impacted areas including Walker, Prima, and Harris, among others. As of 1:45 p.m., it was confirmed the lab results came back negative for airborne hydrochloric acid.

The roads have also been reopened since then and residents were allowed to return to their homes.