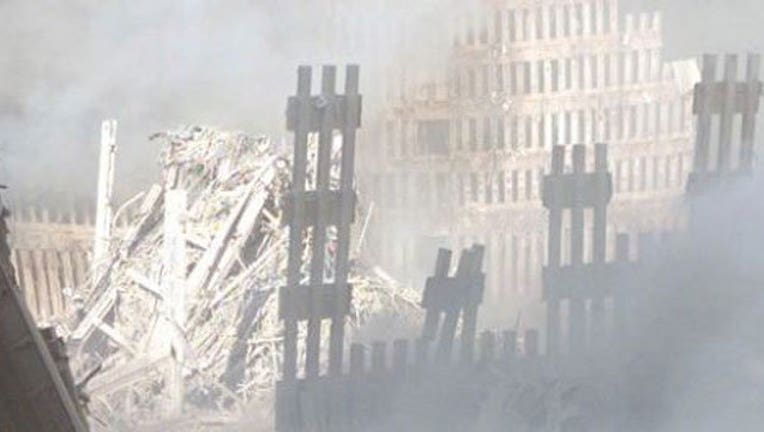 WASHINGTON (AP) — Saudi officials are hoping that the release of a top secret chapter of an early congressional inquiry into 9/11 will end accusations of Saudi complicity in the attacks — allegations that have never been substantiated. Those who pushed for its release say it's only the beginning.

Congress on Friday disclosed the last chapter of a 2002 congressional report that has been kept under wraps for more than 13 years, stored in a secure room in the basement of the Capitol. Lawmakers and relatives of victims of the attacks who believe that Saudi links to the attackers were not thoroughly investigated had campaigned for years to get the pages released.

The document names individuals who knew the hijackers after they arrived in the United States and helped them get apartments, open bank accounts and connect with local mosques. Fifteen of the 19 hijackers were Saudi nationals and several had little experience living in the West.

Several investigations into the attacks followed the congressional inquiry. The most well-known investigation was by the 9/11 Commission, which in 2004 stated that it found "no evidence that the Saudi government as an institution or senior Saudi officials individually funded" al-Qaida. "This conclusion does not exclude the likelihood that charities with significant Saudi government sponsorship diverted funds to al-Qaida."

Adel al-Jubier, foreign minister for Saudi Arabia, which has urged the release of the chapter since 2002, said the documents should finally put to rest questions about Saudi Arabia's suspected role in the Sept. 11 attack.

"That matter is now finished," al-Jubier said. "The surprise in the 28 pages is that there is no surprise."

Sen. Richard Burr, R-N.C., chairman of the Senate intelligence committee, and vice chairman Dianne Feinstein, D-Calif., urged the public to read the results of the subsequent investigations by the CIA and FBI that they say "debunk" many of the allegations in the congressional inquiry, and put conspiracy theories to rest.

But former Florida Sen. Bob Graham, the co-chairman of the congressional inquiry who pushed hard to get the pages released, remains convinced that the hijackers had an extensive Saudi support system with links to government officials while they were in the United States.

"The information in the 28 pages reinforces the belief that the 19 hijackers — most of whom spoke little English, had limited education and had never before visited the United States — did not act alone in perpetrating the sophisticated 9/11 plot," Graham said.

"I'm a little flabbergasted that some of the people who contributed to the 13 years that this was withheld are now saying it is not important," he told The Associated Press, without mentioning any names. "If so, why did they keep it from the public for so many years?"

Graham also said he hoped the release would pave the way for more documents to be disclosed.

"This is not the end," he said. "Most of what we know about 9/11 is from the investigations that were done in southern California and that's the primarily focus of the 28 pages. Ironically, two-thirds of the hijackers lived, most of the time they were in the U.S., in Florida and we know very little about their financing, who they associated with, or what assistance they may have received."

Graham said a federal judge in Florida is combing through 80,000 pages that include reports from the FBI's investigation into the hijackers' activities in Sarasota, Florida, to see if they should be released in a Freedom of Information Act suit brought by the corporate parent of Florida Bulldog, an investigative reporting organization.

Terry Strada, national chairwoman for 9/11 Families United For Justice Against Terrorism, also said she hoped Friday's release would help get other material disclosed.

"There is so much more on the Saudi connection to 9/11 and this is the tip of the iceberg, but you had to get this first," said Strada whose husband, Tom, died in the north tower of the World Trade Center on 9/11. "It's the beginning, but I don't think it's the end."

The document mentions scores of names that the congressional inquiry believed deserved more investigation. They included:

—Omar al-Bayoumi, a Saudi national who helped two of the hijackers in California, was suspected of being a Saudi intelligence officer. The newly released document says that according to FBI files, al-Bayoumi had "extensive contact with Saudi government establishments in the United States and received financial support from a Saudi company affiliated with the Saudi Ministry of Defense. ... That company reportedly had ties to Osama bin Laden and al-Qaida," which orchestrated the attacks. The 9/11 Commission report, however, found him to be an "unlikely candidate for clandestine involvement" with Islamic extremists.

The office of the Director of National Intelligence on Friday also released part of a 2005 FBI-CIA memo that said "there is no information to indicate that either (Bayoumi) or (Bassnan) materially supported the hijackers wittingly, were intelligence officers of the Saudi government or provided material support for the 11 September attacks, contrary to media speculation."

The document also notes that U.S. and coalition forces retrieved the telephone book of Abu Zubaydah, the first high-profile al-Qaida terror suspect captured after the Sept. 11 attacks. The telephone book, obtained during his capture in Pakistan in March 2002, contained an unlisted number traced to ASPCOL Corp. in Aspen, Colorado, which the FBI field office in Denver determined "manages the affairs of the Colorado residence of Prince Bandar (bin Sultan)," who was the Saudi ambassador to the United States at the time.

The document, however, also stated that "CIA traces have revealed no 'direct' links between numbers found in Zubaydah's phone book and numbers in the United States."

Associated Press writers Erica Werner and Alicia A. Caldwell in Washington and David Martin in New York contributed to this report.