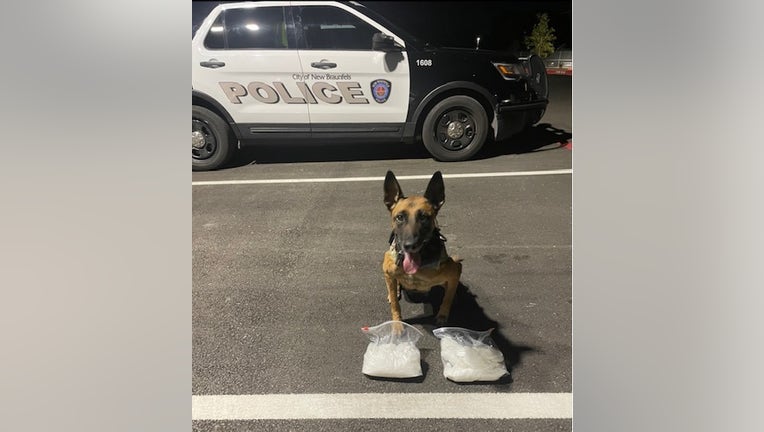 New Braunfels police said drugs, a scale and about $1,000 in cash was seized in the stop.

NEW BRAUNFELS, Texas - A woman was arrested and charged for having methamphetamine in her purse Monday night.

New Braunfels police said around 11:15 p.m. Monday, officers pulled over a vehicle along the northbound I-35 frontage road.

After speaking to the driver, K-9 Voska alerted officers to the odor of the narcotics in the vehicle. Officers then found 4.4 pounds of methamphetamine inside a purse in the front seat.

Police said drugs, a scale and about $1,000 in cash was seized and the driver, 42-year-old April Perez, was arrested on a manufacture/ delivery of a controlled substance charge.