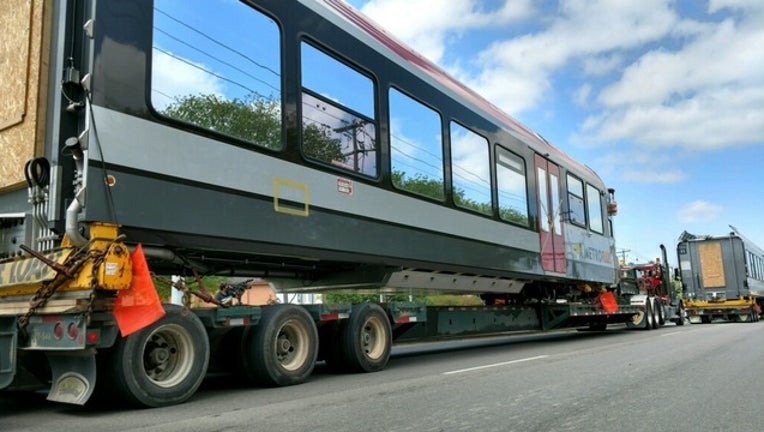 Capital Metro is currently testing the four new two-car trains and will put them into service as part of the agency’s January service changes. The trains will join the existing six-train fleet.

Staffers are currently working on updates to the train schedule to accommodate the new trains that will be added during morning and afternoon peak periods. Some adjustments will also have to be made to rail connector bus routes at the Kramer and MLK train stations, Capital Metro Planner Roberto Gonzalez said.

“We’ll come back to [the board] for more changes that will allow for bidirectional travel,” Gonzalez said.

Those upgrades will also allow for MetroRail trains to run every 15 minutes. The agency is also working to expand two of its Park & Rides at the Lakeline and Howard stations to allow for more parking.

The new trains were delivered last spring, and the agency is still testing the vehicles.

Funding for the new rail cars came from a $50 million Texas Department of Transportation grant. About $28 million is going toward the new trains. The remaining funds are going to replace the downtown Austin train station adjacent to the Austin Convention Center.