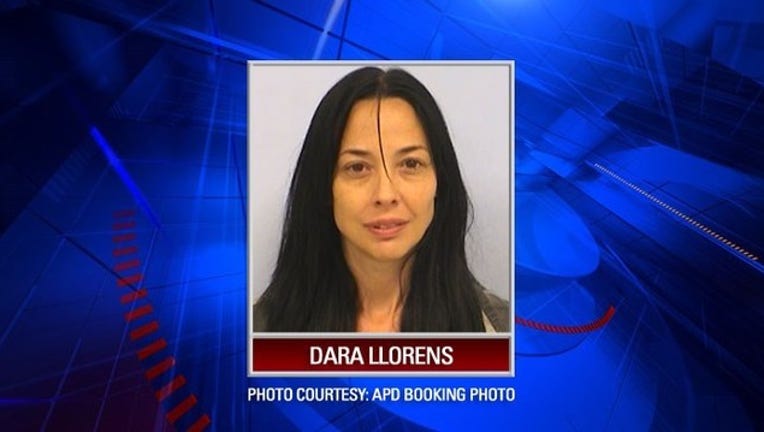 AUSTIN, Texas - What do we know about the mother of Sabrina Allen?

Dara Llorens was booked into the Travis County Jail at midnight on Wednesday and that's where she remains.

She's been known as a fugitive for more than 12 years.

"Living on the run as a fugitive in another country is one thing but when a parent takes a child to a foreign country, that's certainly no way for a child to live their life. Overseas, constantly on the run and never having the ability to live a care-free and a happy life and actually enjoy the life as a child," says FBI agent Dan Powers.

44-year-old Llorens was wanted for allegedly kidnapping her daughter Sabrina Allen in Austin.

According to court documents Llorens picked up Sabrina on April 19, 2002 for a scheduled weekend visit but she never returned.

Over the years the FBI says Dara has gone by 10 different aliases, working in retail, as a waitress and a nanny.

Police had tracked down Llorens and Sabrina in Mexico City in June of 2002 but they got away.

At that time Sabrina's father was able to get some information about his daughter.

In an interview FOX 7 did with Greg Allen from August of 2003, Allen said, "The teacher knew for a while that Sabrina was not doing well. They said she has lost weight and that she is suffering in her mother's care, those were her exact words. You know it's a sad situation and Sabrina really needs to come home."

Wanted pictures have helped over the years, getting hundreds of tips and leads from the public.

Today something changed, instead of the three pictures saying wanted, they now say captured.

"We also wanted to send a message to others, who would even consider such a crime. That they will live the rest of their life looking over their shoulder because whether it's twelve years, one month or twenty years, we don't quit and we don't stop. These investigations remain open," Powers said.

The road to Llorens capture hasn't been an easy one, even up until the moments of her arrest.

"There was slight resistance but Dara weighs approximately 105 pounds. She did resist initially. I think after the arrest both calmed down," says FBI agent Justin Noble.

This puts an end to a case that has been open for so long.

Greg Allen says it will be a rough transition for his daughter.

He say Llorens manipulated her all these years to think he was a bad guy but he says he will work to earn her trust.