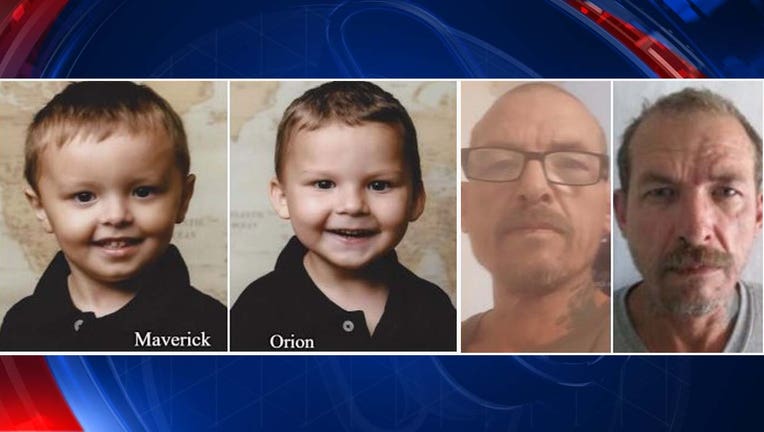 LAS CRUCES, N.M. - Police in New Mexico are searching for two young boys who they say were taken by their father, a non-registered sex offender.

According to the Las Cruces Police Department, 3-year-old Maverick Ransom and his 4-year-old brother, Orion, were last seen with their father, 52-year-old Clarence Michael Ransom, when he picked them up from a daycare center on October 8.

Maverick and Orion are both about 3'6" and weigh 30 pounds.

Police believe Clarence Ransom may have traveled to Ciudad Juarez, Mexico on the same day and returned to the United States on October 9. It's unknown if Ransom took his two sons with him.

Ransom and his estranged wife share custody of the two boys, however, police say he picked up the boys from the daycare center and did not say he planned to travel to Mexico.

A nationwide warrant has been issued for Clarence Ransom, who goes by the name of Michael. He is 5'11" and weighs 195 pounds. He was last seen driving a silver 2013 Toyota Camry with temporary tags.