The panel will operate separately from the White House task force that’s leading the administration’s public health strategy to contain and mitigate the pandemic, though there is expected to be some overlap.

Trump said he would announce members of the panel later Tuesday at a White House briefing on the administration's response to the coronavirus outbreak. He added that he’s looking to make a decision on how to go about reopening the economy “pretty quickly.”

“We have the best people in every profession, including medical and including political,” Trump told reporters. “We have a political group, too, a lot of great politicians ... Well, some are great, some aren’t so great, but I put ’em on anyway.”

Trump has insisted he has “total” authority to decide how and when to loosen restrictions in the country — although the Constitution largely delegates such matters to the states. The president added on Tuesday that he plans to take action “in conjunction with governors.”

Even before Trump announced members of the new advisory council, one of the nation’s most prominent labor leaders complained that Trump was failing to listen to the voices of American workers as he prepares to restart the economy.

“Any discussion about a return to work must include the voices of working people,” said AFL-CIO President Richard Trumka, who leads a federation of 55 national and international labor unions representing about 12.5 million workers. “The people who have been mentioned to be on this commission haven’t ever been out on the front lines, don’t know what front-line workers need ... and don’t know the risks and dangers they face.”

Trump prepared to announce his advisory panel against a backdrop of difficult economic forecasts. The global economy is projected to shrink by 3% during 2020, a falloff that would mark the steepest downturn since the Great Depression of the 1930s, according to the International Monetary Fund. 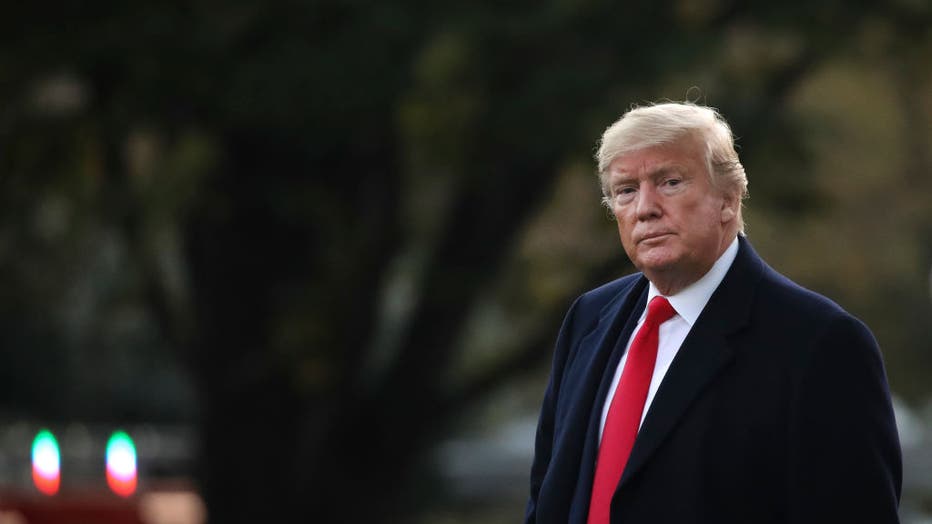 President Donald Trump leaves the Oval Office and walks toward Marine One on the South Lawn of the White House on November 14, 2019 in Washington, DC. (Photo by Drew Angerer/Getty Images)

With the country barreling toward a likely recession ahead of November’s election, Trump is eager to spur an economic revival, hoping to steady financial markets and restore some of the 16 million jobs already lost due to the pandemic. He originally hoped to have the country stirring again by Easter but now wants at least a partial reopening by the end of the month.

Many medical experts in the government, including Dr. Anthony Fauci and Dr. Deborah Birx, have cautioned that easing up on social distancing too soon could lead to a new wave of the disease that would require shuttering the economy again, with disastrous results.

Fauci said Tuesday the U.S. does not yet have the critical testing and tracing procedures needed to begin reopening the economy.

Some ethics experts and participants in past councils created by Trump voiced concerns that the president may not be open to using the new panel to explore diverse viewpoints and hard truths about the best path forward.

“It doesn’t work if you bring in the hallelujah chorus,” said Thea Lee, president of the Economic Policy Institute, a left-leaning Washington think tank. Lee served on a short-lived manufacturing council that Trump established early in his presidency.

Senior White House aides Jared Kushner and Ivanka Trump had been expected to be part of the team, but Trump, who previously declared the group would be comprised of “the greatest minds,” said Monday they would not be included.

Lemire reported from New York and Madhani from Chicago. Associated Press writers Josh Boak in Baltimore and Jill Colvin and Zeke Miller in Washington contributed to this report.