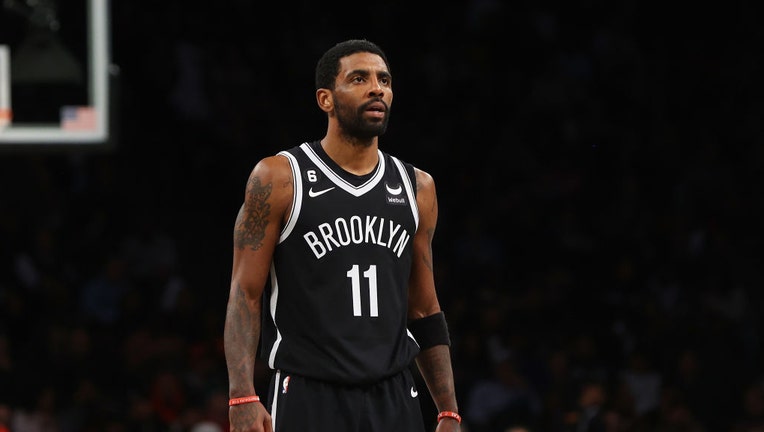 Kyrie Irving #11 of the Brooklyn Nets in action against the Orlando Magic at Barclays Center on November 28, 2022 in New York City. (Mike Stobe/Getty Images)

Nike suspended its relationship with Irving last month and put a halt on the release of the Kyrie 8s. Irving’s sneakers were reportedly a top-five seller for Nike. It’s unclear whether the controversy surrounding the Brooklyn superstar would deter another company from signing him.

Irving was suspended for at least five games days after the firestorm over the tweet. He returned Nov. 20 against the Memphis Grizzlies and admitted an apology should’ve come sooner. 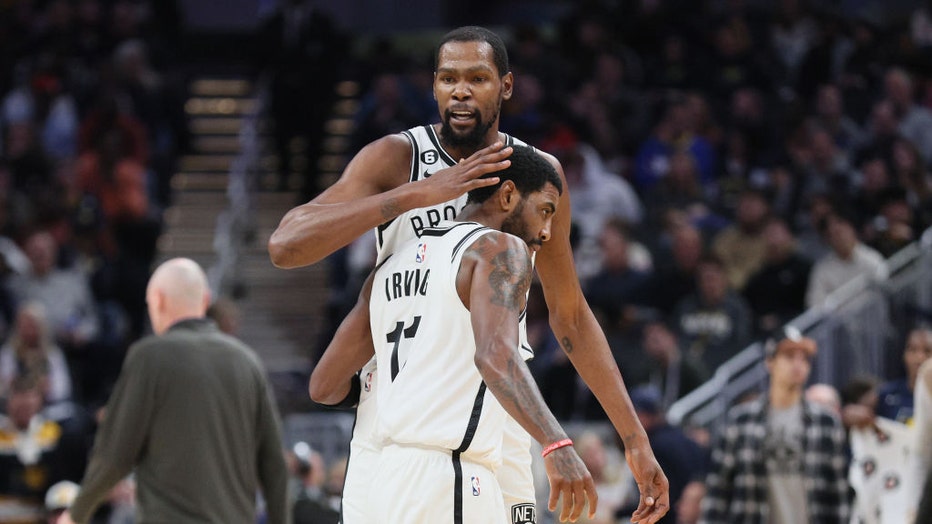 Kyrie Irving #11 and Kevin Durant #7 of the Brooklyn Nets celebrate during the first half of the game against the Indiana Pacers at Gainbridge Fieldhouse on November 25, 2022. (Andy Lyons/Getty Images)

"I don’t stand for anything close to hate speech, or antisemitism, or anything that is anti going against the human race," Irving said via ESPN. "I feel like we all should have an opportunity to speak for ourselves when things are assumed about us. And I feel it was necessary for me to stand in this place and take accountability for my actions because there was a way I should have handled all of this."

Irving didn’t initially have the right response to the issue in the Nets’ eyes, as he didn’t publicly apologize the first time he had the chance with the media. But after going through the six-step program the Nets gave him before he could return, he knows he should have gone about things differently. 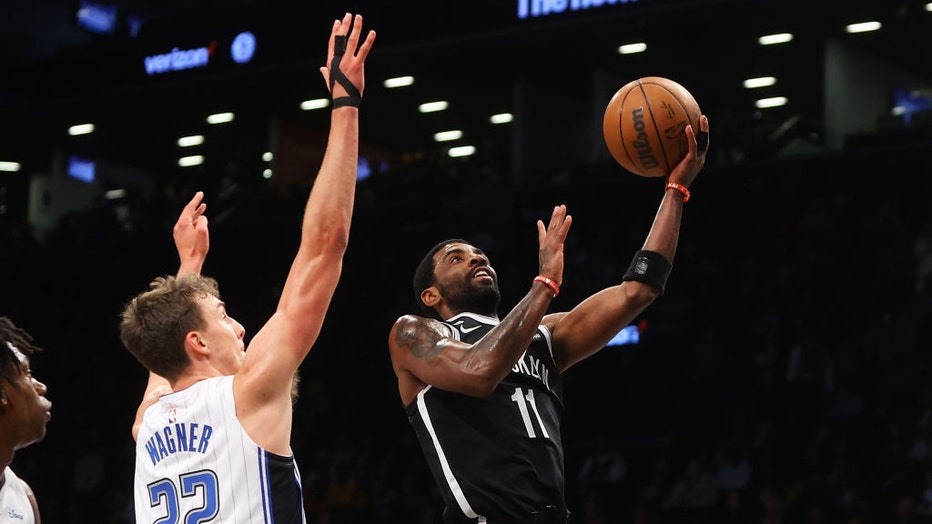 Kyrie Irving #11 of the Brooklyn Nets goes to the net against Franz Wagner #22 of the Orlando Magic during the first half at Barclays Center on November 28, 2022 in New York City. (Mike Stobe/Getty Images)

"It should have been on the first day that I was dealing with all this of just being there for all those that felt like this was antisemitic," Irving said. "And I should have clarified that I am not antisemitic and I am not anti-anything when it comes to the way I live my life. So the learning lesson for me was just the power of my platform and the impact that it can cause if it's not taken care of the right way. So meeting with different people within the Jewish community has offered me some clarity on a deeper understanding of what's going on and the impact that was made and the hurt that was caused."