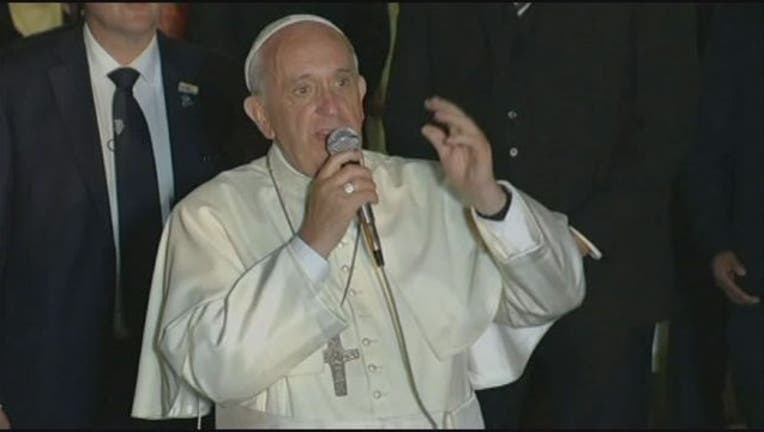 WASHINGTON - (AP) - No handshakes, selfies or fist bumps when Pope Francis enters the House chamber for his historic speech to Congress.

That's the message from House and Senate leaders, who in a letter asked lawmakers to refrain "from handshakes and conversations along and down the center aisle during the announced arrivals of the Senate, dean of the Diplomatic Corps, U.S. Supreme Court, president's Cabinet and Pope Francis."

The pontiff will be on a tight schedule Thursday, and congressional leaders want to avoid anything that could slow him down, such as members of Congress shaking hands with the chief of one of the departments or greeting a Supreme Court justice or even the pontiff himself.

The pope is scheduled to arrive at the Capitol shortly after 9 a.m. EDT, meet with House Speaker John Boehner, then address a joint meeting of Congress in the House chamber at 10 a.m. Vice President Joe Biden, diplomats, justices and Cabinet members are expected in a jam-packed chamber.

After his speech, the pope will appear on the Capitol balcony facing the Mall, an appearance that could draw tens of thousands on the West Lawn.

In total, Francis is to be in the Capitol for 90 minutes.

© 2015 The Associated Press. All rights reserved. This material may not be published, broadcast, rewritten or redistributed.