The San Juan Sheriffs Office announced the addition of a new feline division to their department in New Mexico, in an April Fools’ Day video released on April 1.

Look out K-9 division: A New Mexico sheriff’s department announced a new "feline division," because who better to capture a cat burglar than an actual cat?

The San Juan Sheriff’s Office’s April Fools’ Day prank was complete with a video showing off their newest "cat deputy."

Footage taken at the department in Aztec, New Mexico, showed an officer leading a cat, decked out in police gear, around the department, while a voiceover lists the merits of feline officers. 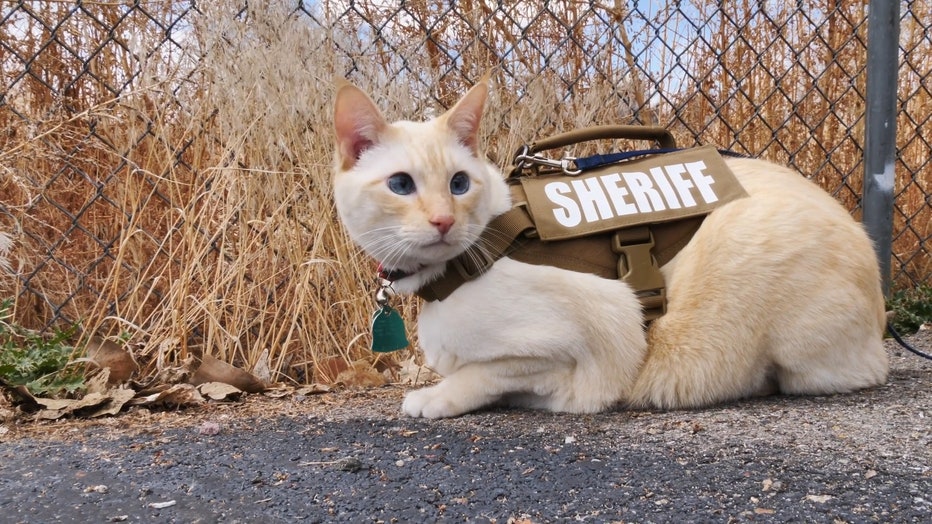 "San Juan County Sheriff’s Office is pleased to announce the implementation of their new feline program," the voiceover continued. "In an effort to cut down on spending, this new cutting-edge program will use police cats to work alongside deputies."

The video then goes on to list the reasons why cats would be better detectives as opposed to dogs.

The voiceover notes the cat’s extra eight lives which allow for an extra dose of bravery in particularly dangerous situations, despite the occasional cat nap on the job.

Kitty Purry’s most famous "arrest" to date was the capture of a cat burglar (of course).

The video ended with a laughing emoji as well as the big reveal: It was an April Fools’ Day joke.