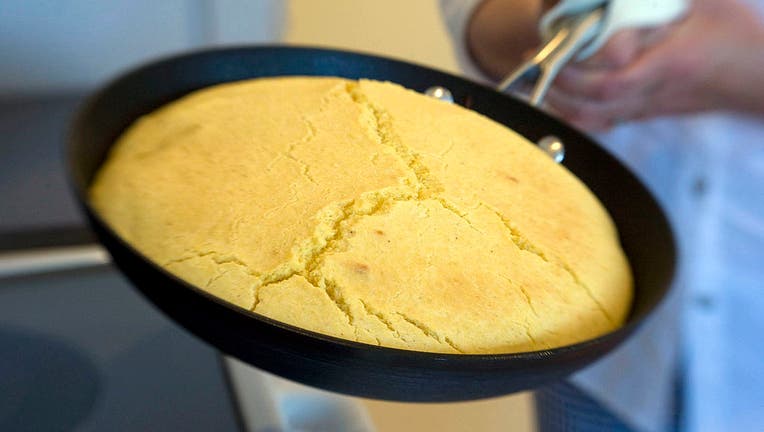 With one non-stick skillet that is rounded and deep, you can make or bake a variety of one-dish meals. (Photo by Mark Cornelison/Lexington Herald-Leader/Tribune News Service via Getty Images)

Non-stick pots could be releasing millions of tiny plastic particles as users are cooking or washing.

In a new study, Australian researchers said that just one surface crack on a Teflon-coated pan could release around 9,100 plastic particles.

At a micro scale, Raman imaging and algorithmic modeling have identified that broken coating may lead to the release of 2.3 million microplastics and nanoplastics.

ALCOHOL DEATH RATE IN US IS RISING, GOVERNMENT REPORTS SAY

"The non-stick coating material Teflon is generally a family member of PFAS," University of Newcastle researcher Dr. Cheng Fang – one of the study's authors – said in a release from Flinders University.

"Given the fact PFAS is a big concern, these Teflon microparticles in our food might be a health concern, [which] needs investigating because we don't know much about these emerging contaminants," he warned.

According to FOX 5, Fang and his team tested six different non-stick pots and pans that were new and used, mimicking a cooking or cleaning process, although no food or cooking oils were used.

The station said a steel spatula, a barbeque clamp, a stainless steel wool scrubber and a wooden spatula were used on the tested cookware.

Fang told FOX 5 that even if there was no damage to the cookware, the coating could still release particles over time.

Flinders University researcher Professor Youhong Tang said the study warns people to be careful about selecting and using utensils to avoid food contamination, but that more research is recommended, "given that Teflon is a family member of PFAS."

Teflon is a synthetic plastic chemically composed of carbon and fluorine atoms.

It has a low level of friction and notable chemical, thermal and electrical stability, according to the study.

Teflon is also a member of PFAS, which are known as "forever chemicals" because they take hundreds – or even thousands – of years to break down in the environment.

They can also persist in the human body and potentially cause health problems.

PFAS, or per- and polyfluoroalkyl substances, are found in thousands of everyday products, as well as soil, air and water.

People are most likely exposed to the chemicals by consuming PFAS-contaminated water or food, using products made with PFAS or breathing air containing PFAS.