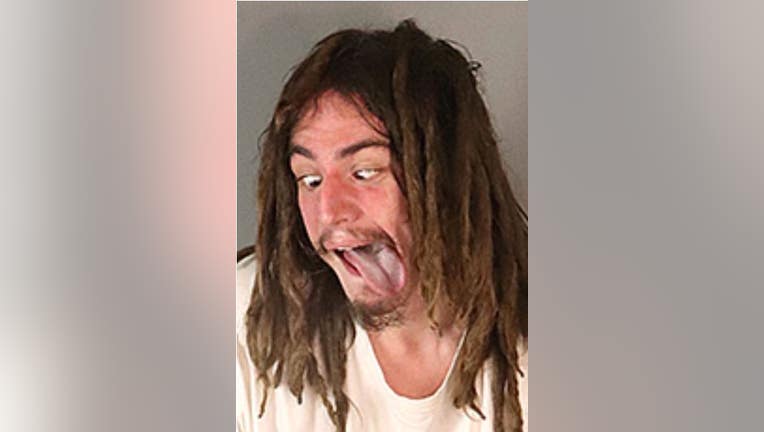 NORCO, Calif. - A Norco man was behind bars Saturday on an elder abuse charge after he allegedly choked and battered his former landlord and crashed his car attempting to flee from deputies, officials said.

Deputies with the Riverside County Sheriff's Department received a call from an elderly man who reported he had been assaulted by his former tenant and acquaintance at his home located in the 1700 block of Hillside Avenue.

Sheriff’s officials say the suspect was identified as 27-year-old Paul Stephen Otto of Norco. He is accused of assault causing great bodily injury.

The victim, whose identity has not been released, was treated at the scene.

Otto left the scene in his older model Volvo sedan, which was registered to him.

Later that day, Otto was seen in front of the Norco Station where deputies attempted to detain him.

Otto quickly fled the scene on Hamner Avenue, which is located adjacent to the sheriff’s office, traveling at a high rate of speed in his Volvo.

While attempting to escape deputies, he totaled his car when he crashed into another vehicle on Hamner Ave. just south of First Street.

Otto and the other driver were not injured in the collision, sheriff’s officials said.

Otto was taken into custody without incident and was transported to a local hospital.

He was medically cleared and taken into the Robert Presley Detention Center on a $300,000 bail. He was charged with elder abuse.

Anyone with information is asked to contact Deputy Lycopolus at 951-270-5673.