It’s called virtual vehicle fraud. People are wanting contactless transactions because of the virus, and crooks know this.

The pandemic has led to an expected spike in online shopping, but there are some who are taking advantage of people’s trust.

The Better Business Bureau is warning about a scam that has stolen millions from people looking to buy pre-owned vehicles over the internet.

In some cases, scammers are using the current pandemic to draw potential victims in on emotion.

People are wanting contactless transactions because of the virus, and crooks know this.

They also know if they tell people they're selling a car or boat because a loved one died of COVID-19, victims might be moved to make a deal with them. A deal that could prove costly. 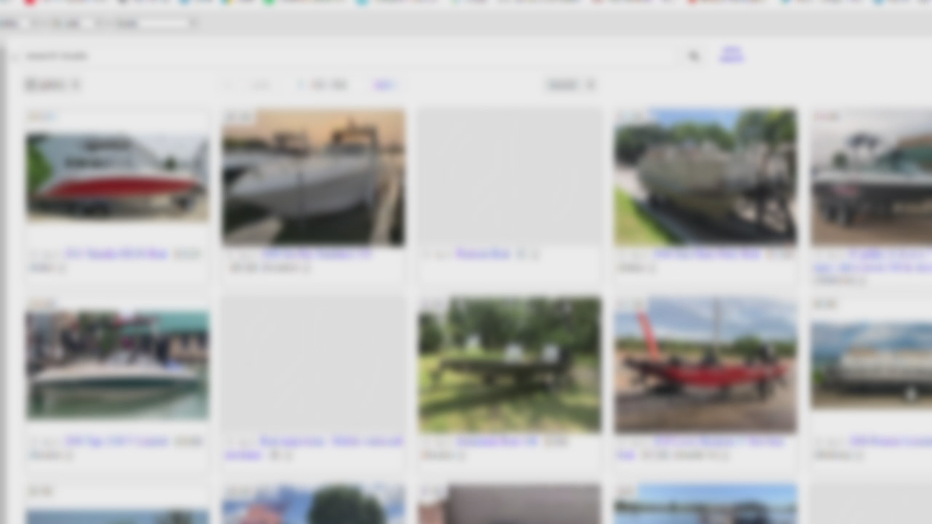 “A Cobalt is like the BMW of boats. On Craigslist, it showed that the boat was local,” said one victim, who did not want to show her face or reveal her name.

The woman, who we are calling Halle, spoke about the 27-foot boat she found on Craigslist.

“This woman told me that she had since moved the boat and herself to Minnesota because her husband had died of COVID and she wanted to start her life over,” she explained.

But virtual is not always valid.

“They are using the Internet to post fake cars and fake RVs and fake boats for people to purchase during the pandemic, and people are being scammed out of their money,” said Phylissia Clark, with the Better Business Bureau.

“I was sent an account number from the trucking company,” Halle recalled. “Again, it was supposed to be an escrow account. Again, I didn’t know. I’m a novice at wiring money.”

She wired money for the boat September 1, and when the boat didn't arrive by the promised date, September 9, she started searching.

“The minute you do that, they're going to wire it to an off shore account or they're going to turn it into bitcoin or put it in something where you can’t trace it anymore,” Clark explained.

“That money's gone. It was taken on [September] 1, so the money was actually taken an hour after I deposited it,” Halle said.

But what happened to the trucking company that was going to ship the boat?

“He had plucked the identity of a very wonderful old, an almost 80-year-old man, who has a single truck and delivers within 50 miles of his home,” Halley said.

She hates most that the supposed death from COVID-19 was the cover to steal from others when the virus has taken so many actual lives.

“I think that’s probably the biggest sin here. The whole thing is sinful, but you know, preying on anybody, stealing from people during a time of such depression,” she said.

It’s estimated that are only about 10% of these type crimes are reported, and that 10% will equal more than $1 million lost this year.

Experts are reminding everyone that the old two rules still apply: Don't send your money somewhere upfront during sight unseen transactions, and if it sounds too good to be true, it probably is.