Galveston and many other communities in Texas have issued mandatory evacuation orders. Evacuees are being sent to Austin, San Antonio and North Texas.

More than half a million people have been ordered to leave their homes and businesses behind as several counties are under hurricane warnings and storm surge warnings.

The storm could be a Category 3 hurricane with sustained winds up to 130 miles per hour and the potential for 12-foot storm surges before it makes landfall.

Galveston and many other communities in Texas have issued mandatory evacuation orders. Evacuees are being sent to Austin, San Antonio and North Texas.

Dallas County is prepared to take up to 500 people.

“We are looking at accommodations for the first 500 and get the squared away tonight,” said Dallas County Judge Clay Jenkins. “If we need to take more, we will.”

Hundreds of buses have been ordered for evacuations. In North Texas, buses would first arrive at the Mesquite Reception Center off Interstate 20 and the Ellis County Knights of Columbus Hall off Interstate 45 in Ennis. Both locations were set to open Tuesday evening. 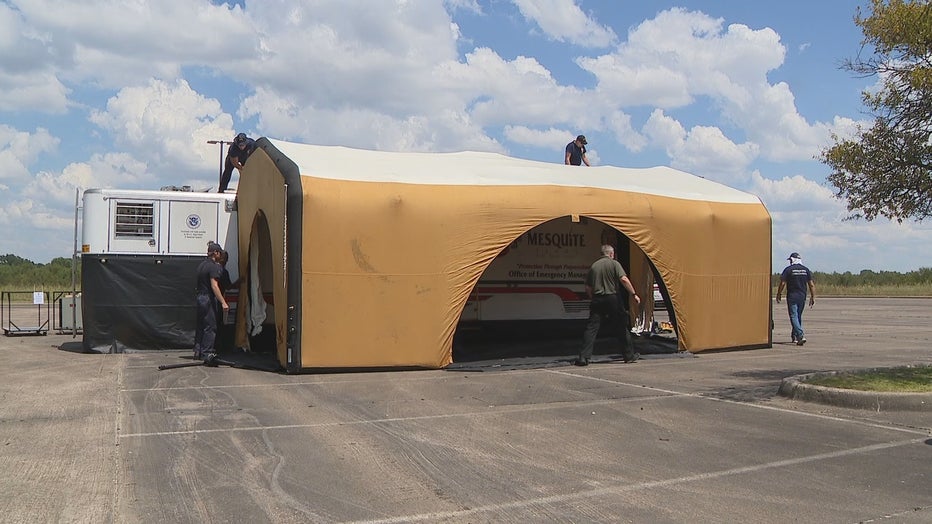 From those drop0off spots, evacuees will then be sent to hotels in Dallas and Tarrant counties rather than shelters.

“With it being in hotels as opposed to shelters and eating in the room, we will have wrap around services and testing available if you need a test,” Jenkins said.

Jenkins says they’re limiting the number of hotels for evacuee in order to better coordinate services.

But Tarrant County Judge Glen Whitley says at least one hotel will also be available in Fort Worth.

“Put family units in a room and not in a mass area where we would be doing the exact opposite of what we want to be doing,” Whitley said.

“We are responding to Hurricane Laura, while also responding to a pandemic,” Gov. Greg Abbott said at a press conference Tuesday.

The state is taking precautions to get people out safely.

“They are reducing the number of people in a bus. It’s not going to be as crowded as it has been in the past, which is one reason we have the need for so many busses to be able to transport people, but also make multiple trips,” Abbott said.

Buses will also be equipped with disinfectant, masks and PPE.

State officials are encouraging people to stay in motels or hotels to keep separation between families. 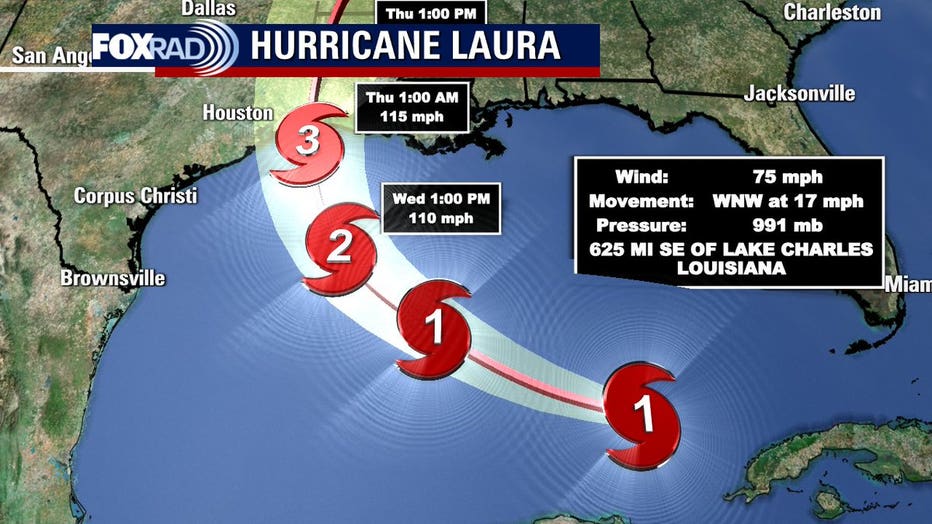 The state is working to get testing teams to evacuation centers.

“As the community sees the need to open a shelter, we will support them, sending in PPE, and as soon as practical, we’ll get testing teams in there as well,” said Nim Kidd, Chief of Texas Division of Emergency Management.

The state has also ordered roughly a hundred ambulances, 87 boats, 152 high water vehicles and 41 helicopters and planes to help with the hurricane response.

“Our goal is no loss of life, our goal is evacuation not rescue, and then a rapid clean up and recovery,” Kidd said.

State officials say Hurricane Laura could be out of Texas in a day, as soon as late Thursday.