As the CDC reported Tuesday that the number of lung injury cases associated with vaping has increased to 1,080, a Mayo Clinic study published Wednesday said the injuries may be caused by toxic chemical fumes.

LOS ANGELES - As the CDC reported Tuesday that the number of lung injury cases associated with vaping has increased to 1,080, a Mayo Clinic study published Wednesday said the injuries may be caused by toxic chemical fumes.

The CDC also reported that there have been 18 deaths related to vaping confirmed in 15 states.

Meanwhile, a Mayo Clinic study published in The New England Journal of Medicine found that lung injuries from vaping most likely are caused by “direct toxicity or tissue damage from noxious chemical fumes,” according to a Mayo Clinic news report.

Researchers reviewed lung biopsies from 17 patients who had vaped and were suspected to having vaping-associated lung injury, the report said. 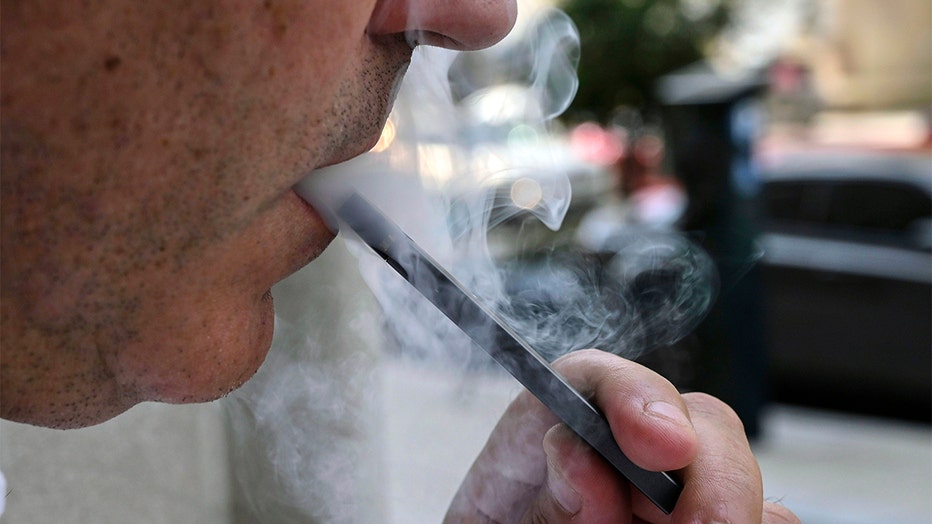 FILE: This photo illustration shows a man exhaling smoke from an electronic cigarette in Washington, DC on September 12, 2019. (Photo by EVA HAMBACH/AFP/Getty Images)

Researchers found no evidence of tissue injury caused by accumulation of lipids — fatty substances such as mineral oils — which were suspected as a possible cause of the lung injuries associated with vaping, according to the clinic’s report.

"While we can't discount the potential role of lipids, we have not seen anything to suggest this is a problem caused by lipid accumulation in the lungs. Instead, it seems to be some kind of direct chemical injury, similar to what one might see with exposures to toxic chemical fumes, poisonous gases and toxic agents," said Brandon Larsen, a surgical pathologist at Mayo Clinic Arizona.

All of the patients that the the clinic studied had vaped, and 71 percent vaped with marijuana or cannabis oils, the report said. All of them showed acute lung injury, including pneumonitis, and two of the patients died.

Subsequently, the CDC reported that most of the patients of the lung injury cases reported also reported a history of using THC-containing products. The latest national and regional findings suggest products containing THC play a role in the outbreak, the health agency said.

"We were not surprised by what we found, regarding toxicity," said Larsen, senior author of the study. "We have seen a handful of cases, scattered individual cases, over the past two years where we've observed the same thing, and now we are seeing a sudden spike in cases. Our study offers the first detailed review of the abnormalities that may be seen in lung biopsies to help clinicians and pathologists make a diagnosis in an appropriate clinical context.“

Larsen added that “this is a public health crisis,” according to the clinic’s report.

"...a lot of people are working frantically around the clock to find out what the culprit or culprits could be — and what chemicals may be responsible," he said. "Based on what we have seen in our study, we suspect that most cases involve chemical contaminants, toxic byproducts or other noxious agents within vape liquids."