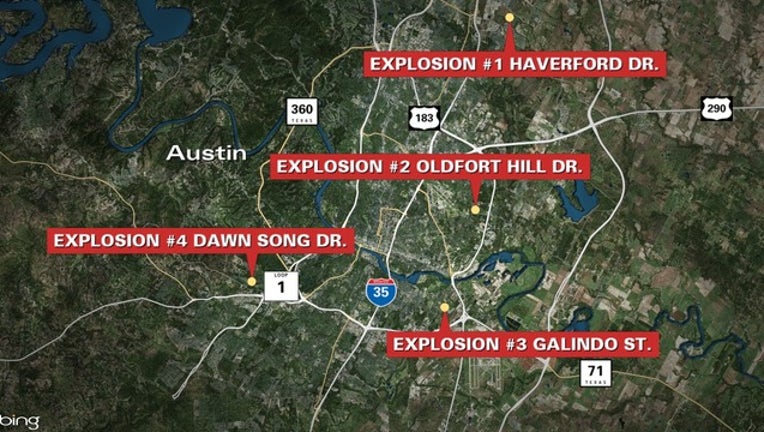 AUSTIN, Texas (AP) -- The series of bombings this month in the Texas capital city of Austin has generated a vast response by state and federal law enforcement agencies that are sifting through hundreds of tips to find what Austin Police Chief Brian Manley has described as a serial bomber.

Here's a look at the investigation so far, by the numbers:

-- 500: The number of leads that have been closed since the bombings began, according to Fred Milanowski, special agent in charge of the Houston division of the ATF.

-- 350: Number of FBI agents currently involved in the investigation, according to FBI Special Agent in Charge Christopher Combs. Hundreds of other law enforcement personnel also are involved, including those with Austin police and the federal Bureau of Alcohol, Tobacco, Firearms and Explosives.

-- 240: Approximate number of interviews conducted with witnesses, people calling in tips and others since the first explosion.

-- 600: Calls that Austin police have responded to for suspicious packages since the second and third blasts happened March 12.