Authorities arrested accused Brooklyn subway shooter Frank James, 62, in Manhattan on Wednesday. During a Wednesday afternoon press conference, police said a person called in a Crime Stoppers tip reporting James at a McDonald's on the Lower East Side. Law enforcement officials later confirmed that it was James himself who called police and told them his location. Chief of Department Kenneth Corey said James was gone by the time officers got to the eatery, but they soon spotted him on a corner nearby.

NEW YORK - Frank R. James, the suspect in Tuesday's subway shooting in Brooklyn, who has ties to Philadelphia, was arrested on Wednesday without incident, police officials say.

Officials announced in a Wednesday afternoon briefing that James, 62, faces a federal charge that pertains to terrorist or other violent attacks against mass transit systems and carries a sentence of up to life in prison.

During a Wednesday afternoon press conference, police said a person called in a Crime Stoppers tip reporting James at a McDonald's on the Lower East Side.

Law enforcement officials later confirmed that it was James himself who called police and told them his location. Chief of Department Kenneth Corey said James was gone by the time officers got to the eatery, but they soon spotted him on a corner nearby. 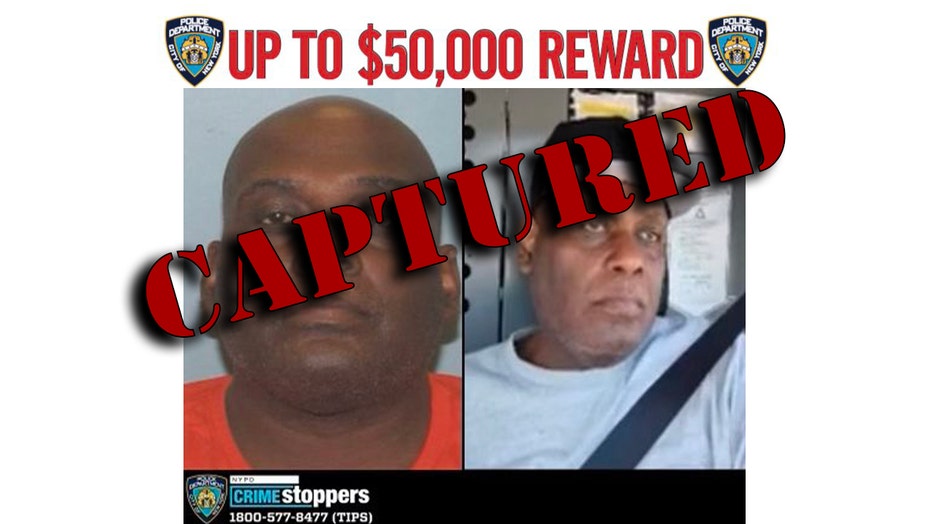 Frank R. James, the suspect in Tuesday's shooting at a Brooklyn subway station, has been arrested, according to police officials.

Federal investigators determined the gun used in the shooting was purchased by James at a pawn shop — a licensed firearms dealer — in the Columbus, Ohio, area in 2011.

James has addresses in both Philadelphia and Wisconsin, according to investigators.

At about 8:24 a.m. on Tuesday, a person wearing a gas mask pulled a canister out of a bag while aboard a northbound N train as it approached the 36th Street station, Police Commissioner Keechant Sewell said during a briefing at the scene. The gunman then opened fire while still aboard the smoke-filled train and continued firing as it pulled into the station.

Witnesses described a chaotic, bloody scene as the injured were brought to the street level and bystanders ran from the area.

A massive emergency response remained hours later as police officers armed with long guns, SWAT teams, and bomb squads were all on the scene. 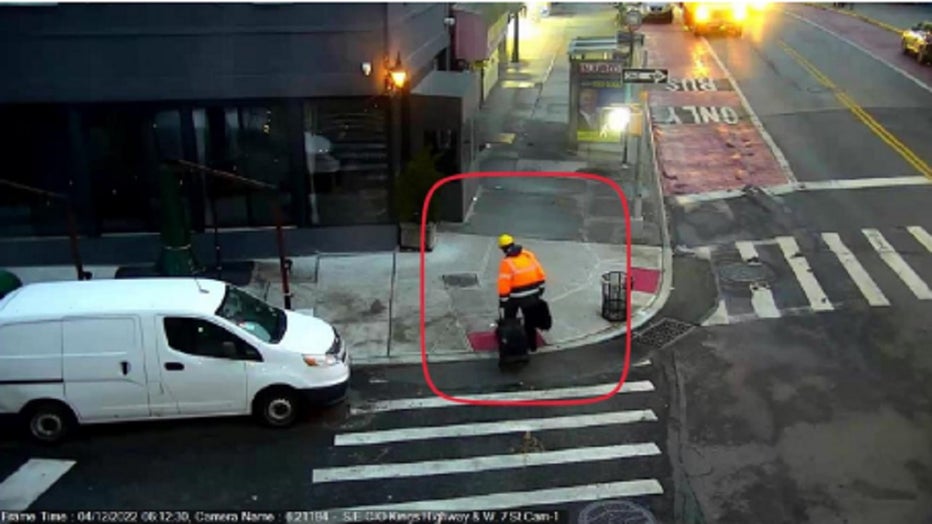 Unexploded devices discovered at the station did not pose a threat, according to NYPD officials.

Photos and videos on social media show a man covered in blood lying on the platform and people running from the station trying to escape above ground. Several victims appear to have sustained injuries to the lower extremities.

At least 20 victims were taken to NYU Langone Medical Center. Maimonides was treating five people and Methodist had three patients. All were in stable condition.

James escaped in the chaos, but left behind numerous clues, including the gun, ammunition, a hatchet, smoke grenades, gasoline and the keys to a U-Haul van, the Associated Press reported.

After the shooting, Chief James Essig said police were searching for James, who they believed was the renter of a U-Haul van found near the subway station.

RELATED: Brooklyn subway shooting: Who is suspect Frank R. James ? What we know so far

Essig said the U-Haul van became of interest to investigators after a set of keys were found in the Sunset Park subway station after the shooting. Investigators also found the suspect's handgun, 3 extended magazines, 4 smoke grenades, and a hatchet. 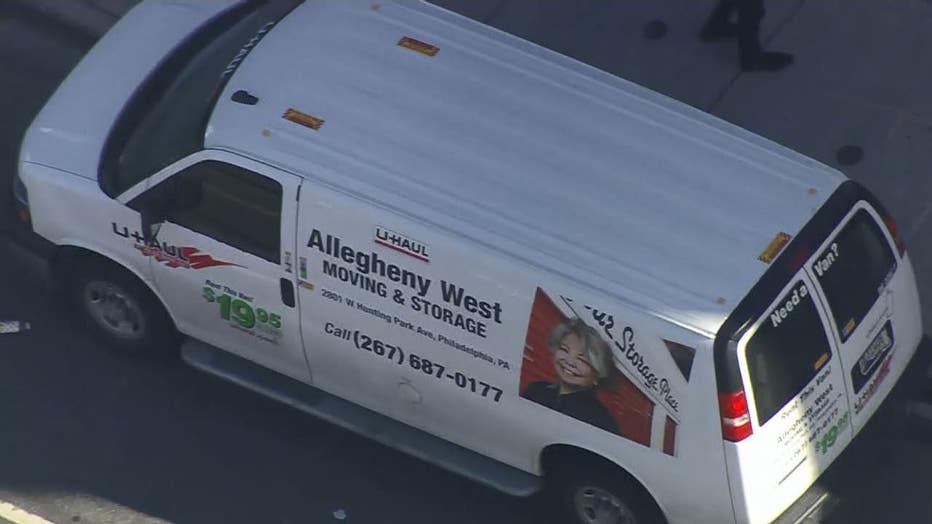 FOX 29's Eddie Kadhim visited the Philadelphia U-Haul on Tuesday and was met by confused employees.

On Wednesday, Philadelphia Police Commissioner Danielle Outlaw announced that the learned the U-Haul van was rented in Philadelphia the day before the attack.

Outlaw tweeted Tuesday night that authorities in Philadelphia are working with investigators in New York.

According to FOX News, James posted a string of antagonistic video rants to a YouTube channel for years.

In addition to analyzing financial and telephone records connected to James, investigators were reviewing hours of rambling, profanity-filled videos James posted on YouTube and other social media platforms — replete with violent language and bigoted comments, some against other Black people — as they tried to discern a motive, according to the Associated Press.

In one video, posted a day before the attack, James criticizes crime against Black people and says drastic action is needed.

"You got kids going in here now taking machine guns and mowing down innocent people," James says. "It’s not going to get better until we make it better," he said, adding that he thought things would only change if certain people were "stomped, kicked and tortured" out of their "comfort zone."

In another video, he says, "This nation was born in violence, it’s kept alive by violence or the threat thereof and it’s going to die a violent death. There’s nothing going to stop that."