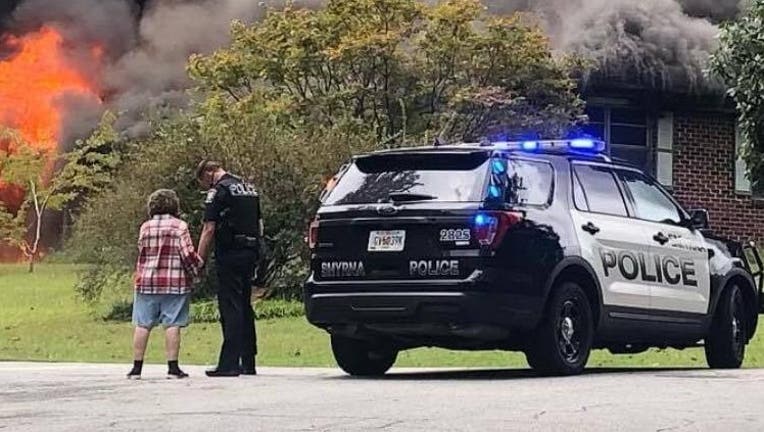 SPD Officer T. Melvin was captured comforting and praying with the victim of a house fire September 25, 2020 (Smyrna Police Department)

SMYRNA, Ga. - A powerful moment between an officer and the victim of a house fire was captured on camera.

Smyrna Police, Fire, and Cobb County Fire, were called to a massive house fire on Green Forest Pkwy on September 25.

The Smyrna Police Department is known to post photos on Facebook, but they said one of the photos stood out.

"The posted picture below is of SPD Officer T. Melvin whose photo was captured comforting and praying with our victim," the Facebook post reads.

According to SPD, Officer Melvin served as a United States Marine prior to joing in the department.

"Officer Melvin and many other officers routinely comfort, pray, and protect those that we serve on a daily basis," the Facebook post continued.