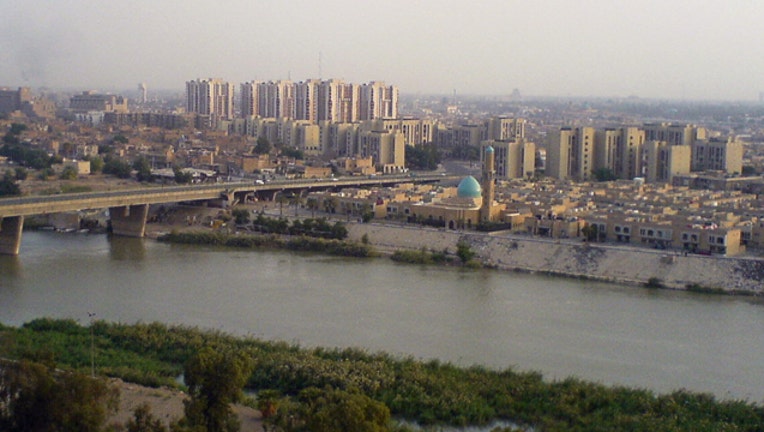 BAGHDAD (AP) — Bombs went off early Sunday in two crowded commercial areas in Baghdad, killing at least 23 people and wounding 61, according to hospital and police officials.

The bombings came near the end of the holy month of Ramadan when the streets were filled with young people and families out after sundown.

No group immediately claimed responsibility for the attacks, but they bear the hallmarks of the Islamic State group which often targets civilians in Baghdad's mostly Shiite neighborhoods.

The officials who provided the casualty figures spoke on condition of anonymity as they were not authorized to release information.

Nearly an hour after the attack in central Baghdad, ambulances could still be heard rushing to the site. An eyewitness said the explosion set off fires at nearby clothing and cell phone shops.

The Baghdad attacks come just over a week after Iraqi forces declared the city of Fallujah "fully liberated" from IS. Over the last year, Iraq forces have racked up territorial gains against IS, retaking the city of Ramadi and the towns of Hit and Rutba, all in Iraq's vast Anbar province west of Baghdad.

Despite the government's battlefield victories, IS has repeatedly shown it remains capable of launching attacks far from the front-lines.

IS still controls Iraq's second largest city of Mosul as well as significant patches of territory in the country's north and west.

At the height of the extremist group's power in 2014, IS rendered nearly a third of the country out of government control. Now, IS is estimated to control only 14 percent of Iraqi territory, according to the office of Iraq's prime minister.