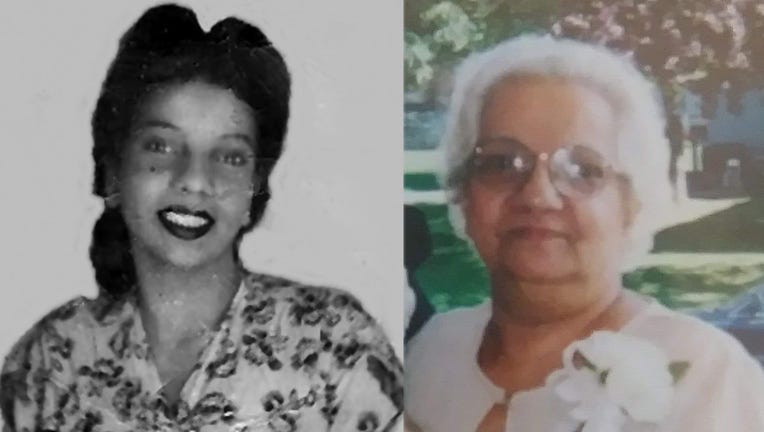 COLUMBUS, Ohio - A state law in Ohio allowing cameras and other electronic monitoring devices to be installed in the rooms of nursing home residents went into effect this week — the culmination of one man’s advocacy for over a decade after his elderly mother suffered abuse and neglect at a facility.

Esther’s Law, which went into effect on Wednesday, aims to prevent elder abuse. It requires nursing home facilities to make reasonable accommodations for such cameras, and it prohibits them from retaliating against residents who wish to install them.

Esther’s Law was inspired by Esther Piskor, who was in her 70s and living with dementia at a Cleveland-area nursing home and suffered abuse and neglect while at the facility.

What happened to Esther Piskor, who inspired Esther’s Law?

Her son, Steve Piskor, often visited his mother, who required care from staff for all of her needs due to Alzheimer’s disease. But Piskor said the staff never mentioned any issues with his mother’s care. However, he eventually began to suspect there was something wrong and placed a hidden camera in Esther’s room in 2011.

From the camera, he saw aides yell at her, spray liquid into her face, be rough in her handling and neglect her for long periods, as detailed by the Ohio Department of Aging.

One nursing aide, who was captured on camera forcefully moving Esther from her bed to a wheelchair, tossing her in a rough manner onto the bed and pushing her face into her bed while washing her, pleaded guilty to seven counts of patient abuse in 2011. She was sentenced to 10 years in prison the next year and was granted early release in 2019.

The traumatic events involving his mother prompted Piskor to advocate for a law granting families the legal ability to monitor staff who care for their loved ones. After a decade of advocacy — which included countless emails and phone calls to lawmakers pushing for the law — Esther’s Law was passed unanimously by state lawmakers in both the Ohio House and Senate. It was signed into law by Governor Mike DeWine on Dec. 22, 2021.

"It’s really not hitting me until today," Piskor said Thursday, a day after the law officially took effect.

Piskor said his next challenge will be implementation, "which is the hardest part of the law." He aims to continue helping to advocate for families with loved ones in nursing homes and making sure facilities are aware of the new law.

What is elder abuse?

Elder abuse, which includes physical abuse, emotional abuse, sexual abuse, exploitation, neglect and abandonment, can be somewhat of a "silent problem" impacting up to 5 million Americans each year, according to statistics shared by the National Council on Aging.

The U.S.-based organization estimates that roughly one in 10 Americans age 60 and up have experienced some form of elder abuse, and says the abuse is often perpetrated by a family member, such as an adult child or spouse. One study estimated that only one in 24 cases of abuse are reported to authorities.

U.S. officials launched a Medicare website that singles out facilities where a patient was harmed due to neglect, exploitation, or was physically, mentally or sexually abused — displaying a consumer alert icon next to nursing homes that have been cited.

Those who are socially isolated and have a mental impairment, such as dementia or Alzheimer’s disease, are more vulnerable to abuse, the National Council on Aging says. Warning signs can include bruises, pressure marks, broken bones, abrasions or burns.

Other high-profile cases where abuse was captured on video have led to some U.S. states beyond Ohio passing laws permitting the installation of cameras in nursing home residents’ rooms, subject to certain rules. Some states with related laws include Illinois, Kansas, Louisiana, Minnesota, New Mexico, Oklahoma, Texas and Washington state.

In some states without specific laws, the permissibility of installing video cameras has become somewhat of a "legal gray area," according to the Arizona-based law firm Miller, Kory, Rowe LLP.

But the pandemic also prompted renewed interest in this type of legislation during periods of visitation bans in an effort to prevent the spread of COVID-19.

More about Esther’s Law in Ohio

As part of Esther’s Law in Ohio, only residents, their representatives, law enforcement, or whomever otherwise permitted by the resident can watch or listen to camera recordings. While it can provide incentives to staff "to provide quality of care and treatment with dignity to residents," it also is not a substitute for good care and family involvement, the Department of Aging says.

"Nursing home residents and families are encouraged to continue their involvement because a resident can still be mistreated outside their room which would not be captured outside the resident room," the department states on its website.

If the nursing home resident’s roommate doesn’t provide consent to a camera in the room, the facility must also make "reasonable accommodations" for the resident by moving them to another available room.

"I’ve been telling people to just use it, use the law," Piskor said of Ohio’s law. "Even if you think that your mother is fine, it’s not going to hurt you to put a camera in there."