The Tulsa Police Department assisted in walking a total of 120 dogs in need of some love and physical activity.

TULSA, Okla. - Police officers in Oklahoma took time to protect and serve four-legged members of their community over the weekend by helping them get some exercise.

The volunteer-based rescue organization, which aims to help dogs impacted by climate change and natural disasters, posted video of officers helping to get their canine companions back into their crates after the walk.

According to the post, the police department assisted in walking a total of 120 dogs in need of some love and physical activity. The rescue organization said the dogs all came from Texas.

“The help was very appreciated,” the shelter wrote alongside the adorable footage. 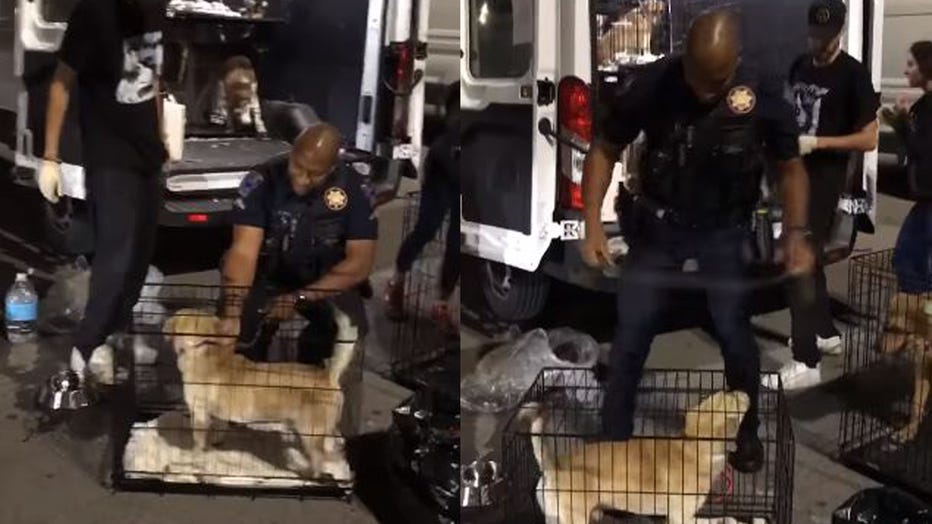 Officer Ross of the Tulsa Police Department helps a foster dog get back into a crate after going on a walk on Oct. 5, 2019. (Photo credit: Redemption Paws via Storyful)

The organization added that the show “LivePD” was also there filming, an A&E reality show that follows police officers during their patrols and broadcasts encounters in real-time.