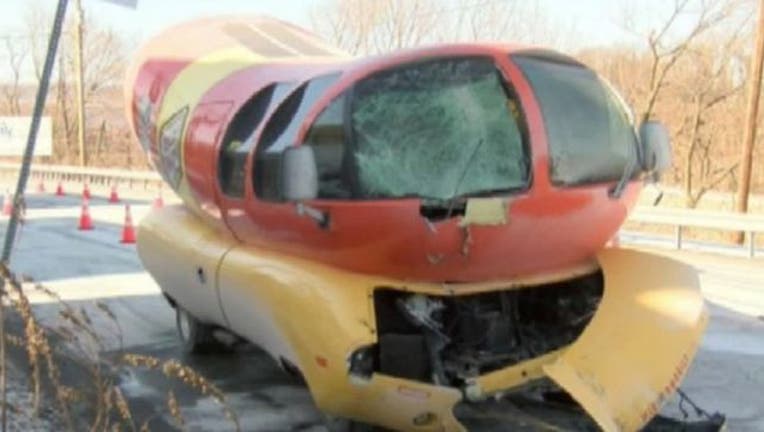 The iconic Oscar Mayer Wienermobile has been totaled after it crashed into a pole in central Pennsylvania.

Officials say the giant hot dog on wheels slid off a road and slammed into a pole on Sunday in Enola, near Harrisburg.

No injuries were reported. The front of the 27-foot Wienermobile was damaged. The crash snarled local traffic.

Oscar Mayer has several Wienermobiles it uses to promote and advertise products across the country.

The story first appeared on FOXNews.com.