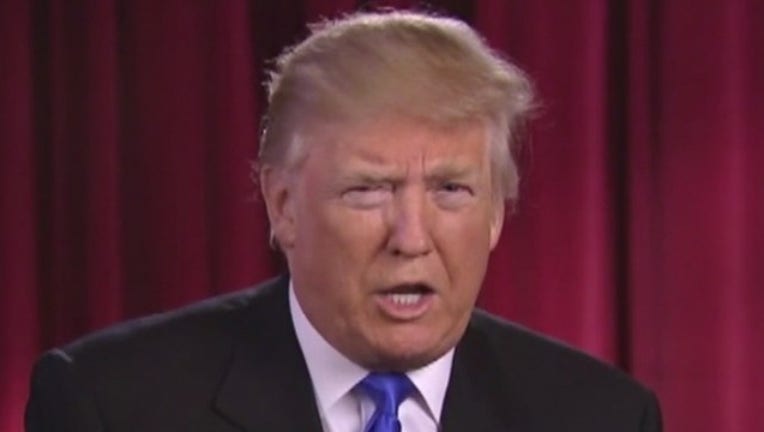 CLEVELAND (AP) — After weeks of planning and one ferocious outburst that upstaged nearly everything on the Republican National Convention's first day, conservatives' feisty but always improbable effort to deny Donald Trump the GOP presidential nomination succumbed to multiple causes of death.

The lack of vital signs grew daily, culminating during Tuesday's roll call of the states that formally put Trump over the top. That vote saw a fizzling of what conservatives hoped would be an effort by some delegates to brazenly ignore state party rules and back the candidate of their choice, not Trump.

The anti-Trump conservatives unified with another faction trying to alter party rules to shift power from the establishment Republican National Committee to grassroots activists, including many supporters of Texas Sen. Ted Cruz, a defeated presidential hopeful. But they were badly outnumbered by Trump delegates and party regulars who believed, like him or not, he'd won this year's GOP primaries.

Also weighing against them — the rebels' lack of an alternative candidate, vigorous lobbying by an alliance between the Trump campaign and the RNC and a growing sense it was time to unite against presumptive Democratic pick Hillary Clinton.

"You can stand your ground until the point comes when you would be compromising the country or the state," said Steve House, chairman of the Colorado GOP, whose delegation was loaded with dissidents and Cruz supporters. "The team said, 'Let's stand up and support the nominee.' "

On the other side of the arena, the Utah delegation gamely announced that it was casting its 40 votes for Cruz. But the presiding officer awarded all those delegates to Trump because of a quirk in Utah GOP rules that allow votes only for active candidates at the convention — and Trump was the only one.

"There's been a lot of effort to make sure we have a smooth convention, that Donald Trump is the nominee and that we unite," said Phil Wright, chairman of the Utah delegation. He said awarding all the votes to Trump was the GOP's way "of trying to squash any dissent."

Since it became clear last spring that Trump was the likely nominee, conservative delegates around the country plotted ways to use the party's rules to derail him at the convention. They organized using social media, conference calls and seemingly endless emails.

But they were soundly thrashed last week when the convention's rules committee approved guidelines for this week's gathering. That carried over to the convention itself, which is run by party leaders who wield the gavel and make final rulings on disputes.

On Monday, conservatives demanded a final shot at rewriting party rules but were blocked. Their roars of outrage drew widespread coverage and distracted from party leaders' efforts to show unity, but still they lost.

During Tuesday's roll call, the Alaska delegation split its 28 votes among Trump, Cruz and Florida Sen. Marco Rubio. Convention officials counted all 28 Alaskan delegates for Trump, citing a discrepancy in state party rules, and overruled the delegation when it demanded a fresh count.

Underscoring the futility in challenging party leaders, GOP Chairman Reince Priebus explained the ruling against Alaska to the entire convention and said, "In any event, have a great night." He then quickly left the stage as music began to play, leaving the Alaska delegates unhappy and vanquished.