Recruitment ads for police departments in cities not near here are cropping up, including Midland and Corpus Christi.

AUSTIN, Texas - It’s a sight you might spot while heading along I-35 in the Austin area.

Recruitment ads for police departments in cities not near here are cropping up, including Midland. The department's public information officer tells FOX 7 Austin they recently put up these ads just this month. 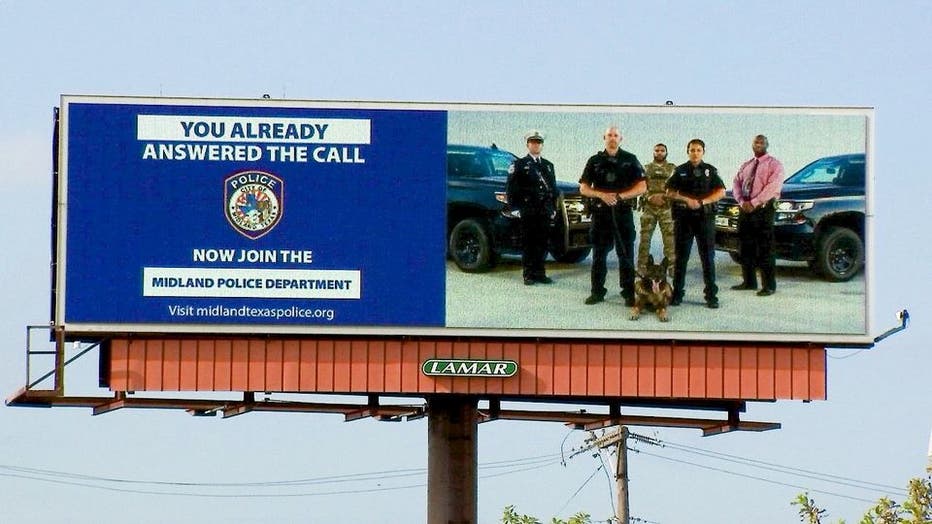 Another police department recruiting in the area is Corpus Christi.

“There’s just a large number cities there, there is Austin, Pflugerville, Round Rock and we can go on and on, it’s an area close to Corpus,” said Corpus Christi Police Association president Scott Leeton, who spoke about the benefits of recruiting police officers from other cities. “It just brings the training down tremendously and brings in experience to the department immediately."

While Leeton said these ads are not linked to Austin City Council voting to defund the Austin Police Department, he did say in Corpus their department is expanding.

Acevedo, the former top cop in Austin, is actively poaching police officers who are unhappy with the city and the council's move to defund them.

“Through the actions of the city council, you can’t really blame officers for looking at cities that wouldn’t be caught dead defunding their police department. I certainly don’t blame departments for recruiting here when they know our officers have strong interest in going elsewhere.

We will have around 75 officers retire this year and we’ve already had 37 resign. This attrition rate will be catastrophic if we don’t start academy classes in 2020.”

Smaller cities aren’t the only with their eyes on the Austin area. Last month Houston Police Chief Art Acevedo said the police officers here are welcome in Houston.