A mother-daughter duo have developed a unique bond through their mutual love of strength training.

Juliet Porras and her daughter Elena of Houston, Texas, have been taking weight lifting classes together twice a week for five years, though 15-year-old Elena is paralyzed from the waist down.

Porras, 40, a single mom, told Fox News Digital that when Elena was born, she was diagnosed with stage 3 neuroblastoma — a cancer that develops from immature nerve cells, according to Mayo Clinic. Twelve hours after she was born, Elena started her first round of chemotherapy.

She underwent a total of six rounds of chemo when doctors noticed her body wasn’t recovering as quickly as expected, Porras explained. At that point, they decided to remove the tumor directly in a 12-hour surgery.

That’s when Porras learned from a neurosurgeon that Elena would be unable to walk because of a spinal injury. 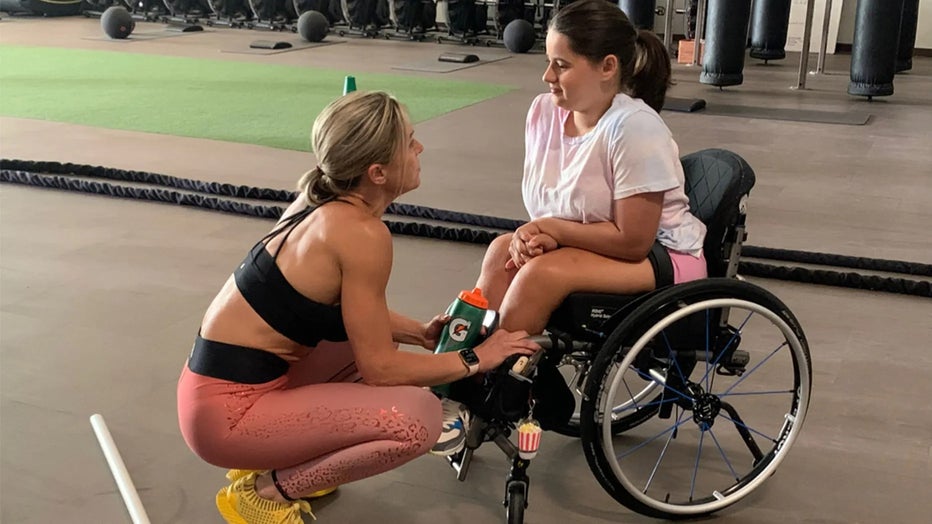 Juliet Porras (left) and her daughter Elena have been taking weight lifting classes together for the last five years. (Life Time)

"He described [her spine] as a tug-of-war rope," Porras said. "And then the injury [as] being a piece of dental floss on the spine."

Elena also has what is called "chemo brain," which Porras described as a cognitive deficiency. Elena doesn’t understand certain things like math concepts, but understands others, like current events, just fine.

‘I got in by myself’

Three years after Elena was born, Porras realized she needed to see a psychiatrist.

"I was super depressed," Porras said. "I think those first three years I was just in mom mode, and you just go off the adrenaline."

Porras said she was prescribed antidepressants, and was also advised to create a long-term plan. 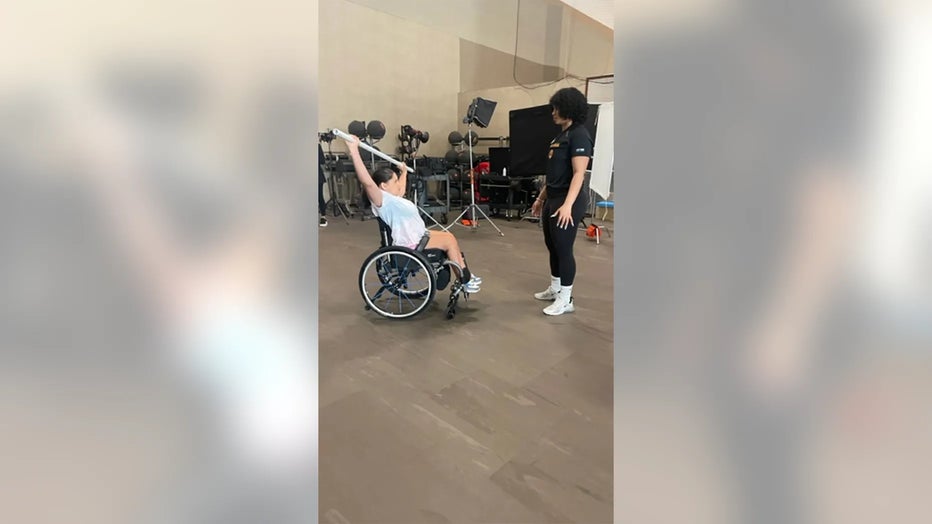 That’s when she started exercising.

In 2017, Porras struggled to lift Elena, who weighed about 70 pounds and was 10 years old at the time.

Porras went to her local Life Time health club and talked to one of the trainers, who recommended taking so-called Alpha classes, which offer Olympic-style lifting and conditioning.

"I was a little intimidated at first," Porras said, adding that the trainer, named Crystal, trained her twice a week for two months on the barbell before Porras joined her first class. 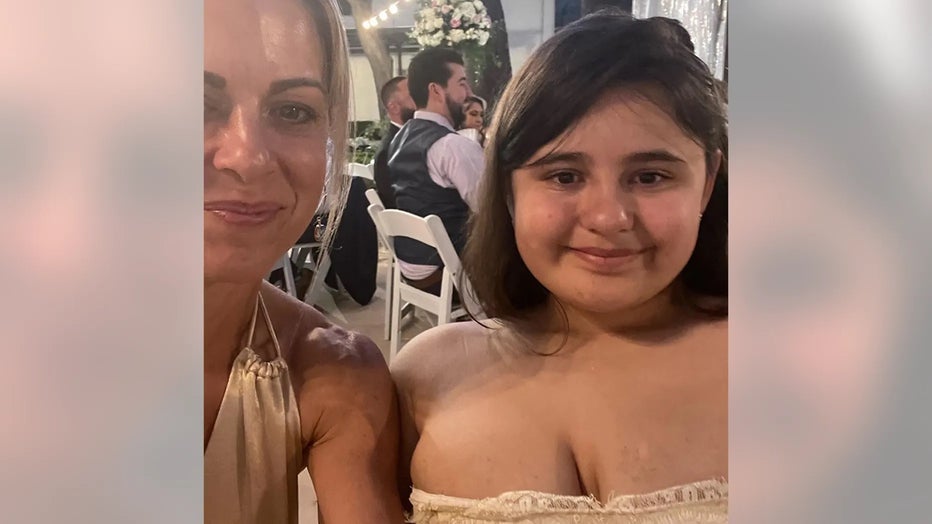 "She had the same attitude I’ve started to get, that was like, ‘Wait, I can do this. This isn’t too hard.’ Now, that’s kind of our thing," Juliet Porras (left) said of her daughter Elena (right). (Juliet Porras)

"She never asks me if she’s too heavy," Porras said.

Now, Elena does strength training twice a week at the gym with her mom.

Together, Porras and Elena have gotten stronger, both mentally and physically.

About a month ago, Porras was about to help Elena into the car, but quickly went back to the house to lock the door and set the alarm first.

‘Stronger than I’ve ever been'

Porras said the mental strength she’s developed has been an added benefit.

"I felt, the more that I was doing [strength training], it made me believe in myself more," Porras said. "It made me love myself, which I think is a hard thing to do for a lot of people." 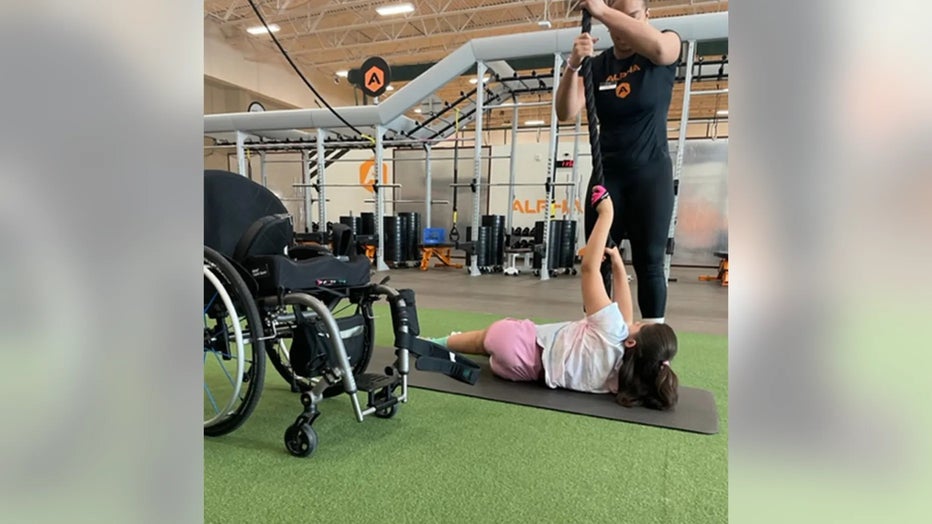 Elena, 15, is paralyzed and has "chemo brain" — but she takes weight lifting classes with her mom twice a week. (Juliet Porras)

Today, Elena is in a survivorship clinic and undergoes numerous tests to monitor her health. As Elena gets older, she could face more health challenges.

"After 20 years is when you start to see the side effects of chemo," Porras said. "So with Elena getting chemo at birth, we're going to see a lot of those side effects when she's 19, 20. And I don't think that's talked about enough."

"She’s at a big risk of an additional cancer, blood cancers," Porras added. "That's a side effect of chemo, hearing loss, congestive heart failure, all these things. They screen for it every year."

"Each year I find myself more capable," Porras said.

"It’s a mental thing," Porras added about her workouts. "The physical part all falls into place, but mentally, I feel stronger than I’ve ever been."

Now, Elena's workouts have helped her increase her own mental strength.

"[Elena] says it all the time: ‘You can be happy or sad, but I choose to be happy,’" Porras said.