Dog or cat owners, listen up. No pets, but have children who love to play in public parks? Keep reading.

The nation's top health protection agency said a parasitic disease in people, known as toxocariasis, can be caused by an infection with a roundworm found in canines and felines.

It's classified into a group of five parasitic diseases that have been targeted by the Centers for Disease Control and Prevention for public health action. An infection can cause serious illness, including organ damage and eye disease.

And while these types of infections are often associated with tropical areas, they are currently present in the U.S.

Eggs of the tiny worm which are found in pets' fecal matter have been widely detected in New York City public spaces, with evidence of significant levels of contamination in all five boroughs, according to pediatric infectious disease specialist Donna Tyungu who authored a 2020 study tracing the parasite throughout the city. 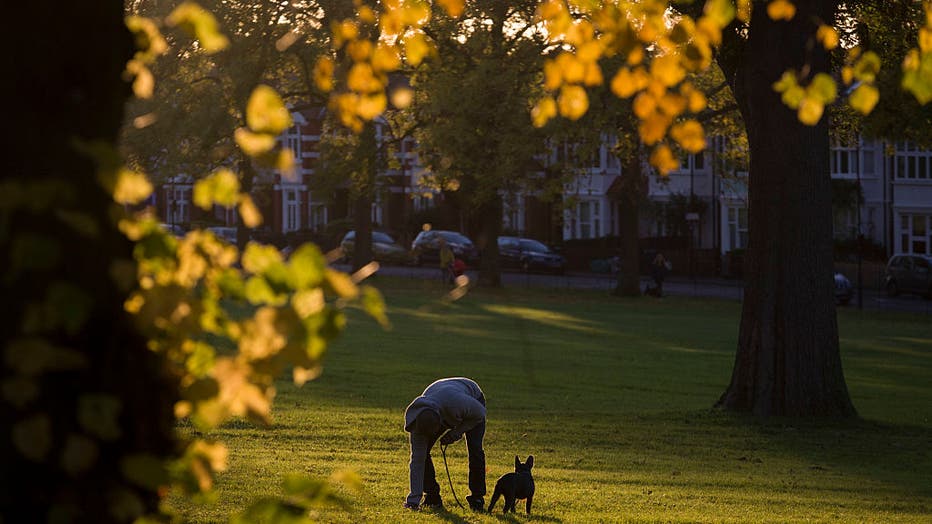 A dog owner bends down to pick up his dog's mess in an Autumnal park. Surrounded by autumn leaves, brown and yellow in afternoon sunlight, the man stoops to collect the dog's crap on the grass in Ruskin Park in the London borough of Lambeth. In the b

Nearly 14% of the U.S. population has been already been exposed, the CDC states. And every year an estimated 70 people – mostly children – are blinded by the disease.

Dogs and cats with the parasitic disease will shed toxocara eggs in their feces. Humans then become infected by accidentally swallowing any contaminated dirt. Although it is rare, the CDC said people can also become infected from eating undercooked meat containing toxocara larvae.

It’s important to note that the disease is not spread by person-to-person contact like a cold or the flu, the CDC reports.

What are the symptoms?

Symptoms can range from mild muscle aches to severe asthma.

And while many will never experience symptoms, some people -- usually children -- may get sick and have spike a fever along with damage to organs in their body. Problems with breathing, stomach pain and eye pain or redness are other symptoms to look for, the CDC said.

If you think a family member has toxocariasis, it is advised they seek medical treatment where blood testing can further determine a plan of action. 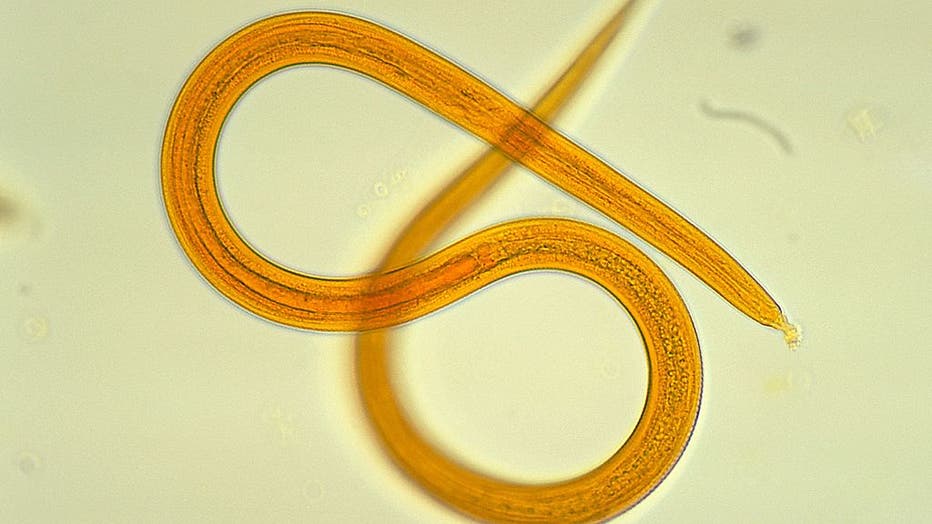 The easiest way to prevent the disease, according to the CDC, is to teach your kids to wash their hands after playing and not to eat dirt. Covering sandboxes and restricting animal access to play areas can also help stop the spread.

When walking your pet, it’s always important to dispose of dog and cat feces promptly and wash your hands after handling pet waste. Your veterinarian can help test for the disease and recommend a treatment plan for deworming.