Phoenix parents arrested after baby found with Fentanyl in her system

Pablo and Denisse Solorzano were allegedly seen in a vehicle doing drugs with their child in the backseat on Monday, October 7. 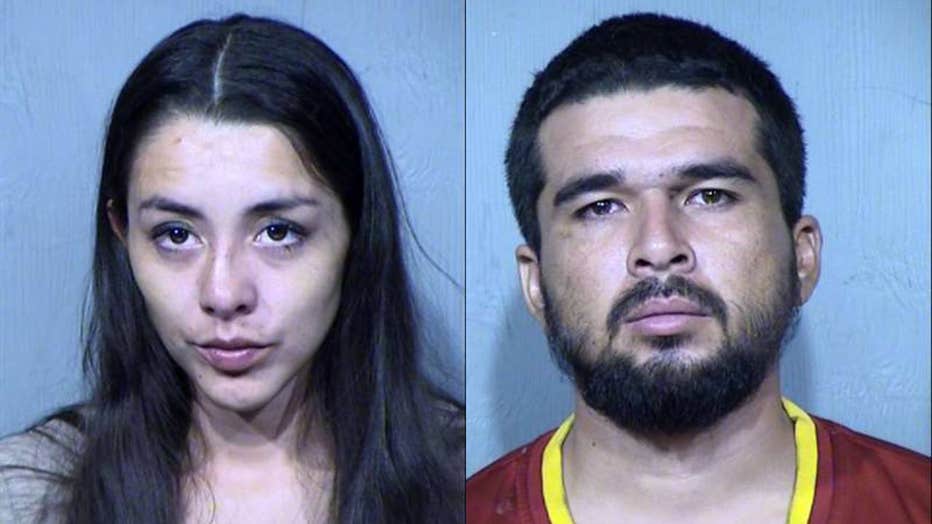 Police responded to the area of 43rd Avenue and Indian School Road and located the couple inside a vehicle.

Phoenix Fire Department crews responded to evaluate the 1-year-old. First responders could not wake her up for several minutes, so she was taken to Maryvale Hospital. Toxicology tests revealed the child had tested positive for Fentanyl. The condition of the child is unknown at this time.

The Department of Child Services was notified.

Both Pablo and Denisse are accused of drug use and possession as well as child endangerment. Denisse was released but is not allowed to see her daughter or her husband, who remains behind bars.