The parents of a former UC Berkeley student who went missing from San Francisco are asking for anyone with information of their daughter's whereabouts to contact police.

SAN FRANCISCO - The parents of a missing 19-year-old woman, last seen more than a week ago, have released a video asking for information on her whereabouts.

Sydney West, a former UC Berkeley student, went missing the morning of Sept. 30. She was last known to be near San Francisco's Golden Gate Bridge.

West is “considered at-risk due to depression,” San Francisco police said in an update.

“We are asking anyone who has any information about our daughter Sydney to please contact the investigators. We are anxious to have our daughter found safe and brought home. This is every parents’ worst nightmare,” they said in a video released on Thursday. The News and Observer identified them as  Jay and Kimberly West of Chapel Hill, North Carolina.

Her uncle Robert West, who lives in California, said the family may hold a search or vigil this week for her.

Robert West told the News and Observer that he last saw his niece in August when he helped his brother move her into a dorm at Cal. Robert West said he dropped by a day or so later to check on Sydney and bring some food.

“She was having a hard time,” he told the paper. “That’s a tough adjustment, and she never had been away from home. I think it was a pretty scary move and quite a bit of anxiety for her.” 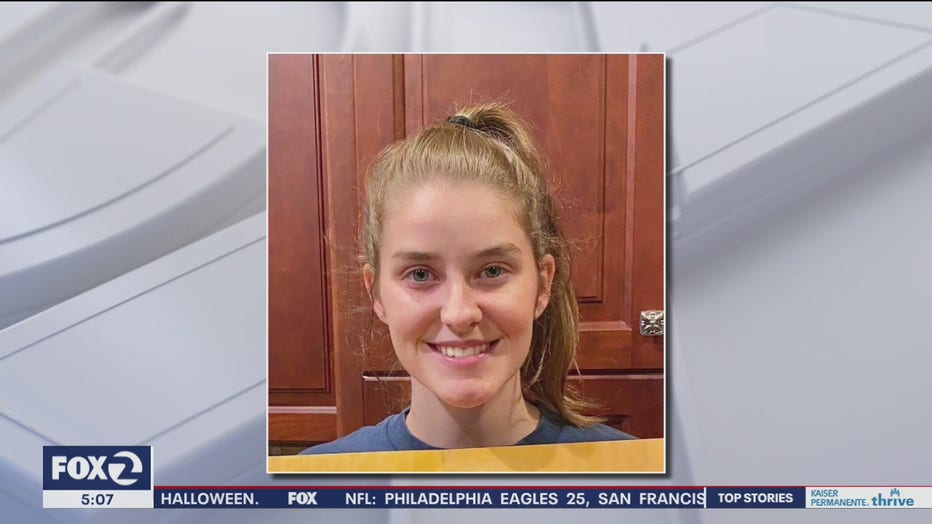 Syd, as she liked to be called, was last wearing dark leggings, a teal sweatshirt, slip-on Vans, and had her hair in a bun. She is 5'10", weighs 130 pounds, and has blue eyes and light brown hair. She may have been carrying a black backpack.

Sydney lives with friends in San Francisco. Her parents said she has a way with children and that her 10-year-old sister adores her. Her father described Sydney as artistic and athletic.

According to her uncle, Syd grew up in the Bay Area, attending Foothill High School in Pleasanton, where she played softball and volleyball.

In 2017, her family moved to Chapel Hill, where she was co-captain of the varsity volleyball team.

She wasn’t admitted into her first choice for college, so she took a gap year in 2019 after graduating to travel and spend time at home, friends and family told the paper.

A family spokesperson said San Francisco police transferred her case to the Missing Persons Section of the Special Victim’s Unit.

Anyone with tips in the San Francisco area can call lead investigator Sgt. Michael Horan at 415-553 1028 or text the tip line: (415) 575-4444. Anyone in North Carolina with information can contact investigator Ashley Woodlief with the Orange County Sheriff’s Office at 919-245-2909.