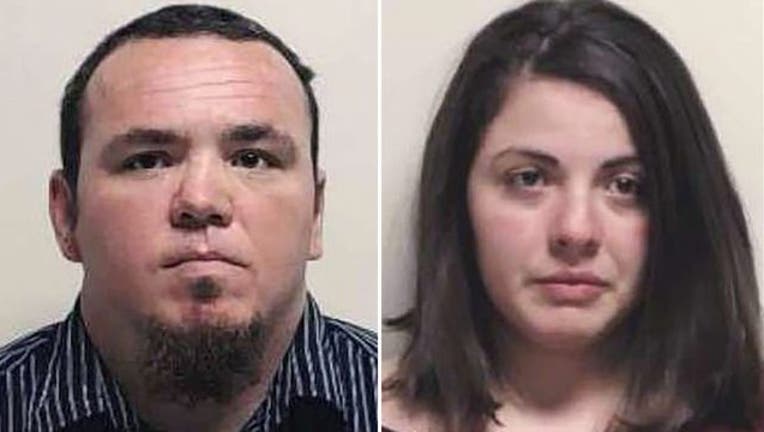 SALT LAKE CITY (AP/KSAZ) -- A Utah couple used waterboarding as punishment for their 9-year-old daughter after she got out of bed to get a cup of water, prosecutors said in charges filed Wednesday.

They took her into a bathroom with the cup, then bound her hands, covered her face with a towel and poured water it for several minutes, leaving her unable to breathe. The girl's stepmother told her at one point she "could die from this happening," charges state.

The child told police that the waterboarding had happened three times as punishment for things like eating frosting. Her father and stepmother also use belts and hangers to hit her, and sometimes have her do workouts like squats or push-ups as punishment, she told officers who were called to a hospital on Dec. 3.

Police found injuries consistent with tied hands as well as other scratches and bruises, charges say. Two of the couple's other children also said they use things like cellphone charging cords and shoes to hit them.

The father "adamantly denied" using any objects as punishment, though the said he sometimes uses an open hand to spank their bottoms. He said the girl had gotten a drink after bedtime and they tried to put her in time-out but she wouldn't stay there. So they brought her to the hospital because they "needed help."

The father and stepmother were each charged with three felony and one misdemeanor counts of child abuse.

The Associated Press did not identify the couple, but in separate news reports by the FOX, ABC, and NBC affiliate stations in Salt Lake City, the two were identified as Ilaria Catherina Mitchell, 28, and Joseph Maeser Mitchell, 29.

Reports by the FOX affiliate in Salt Lake City identified Ilaria Mitchell as the girl's stepmother.

No attorney was immediately listed for either defendant in court records, according to the AP.

The Associated Press (AP) contributed to this report