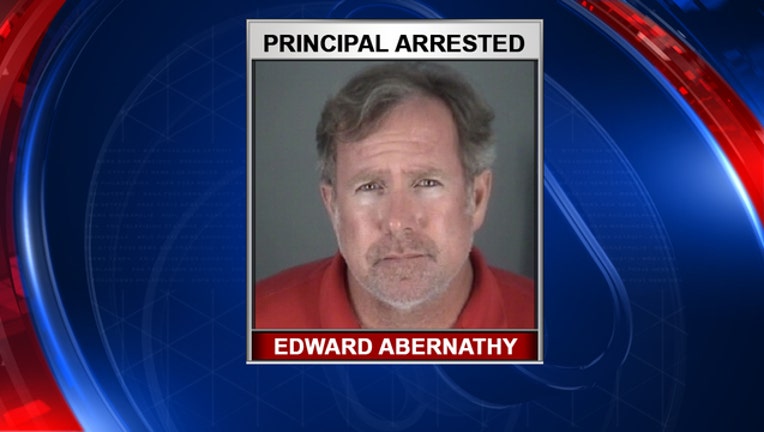 LAND O' LAKES (FOX 13) - A Pasco County principal has been accused of stealing $900 from a mentally handicapped 9-year-old, deputies said.

Pasco County deputies arrested 50-year-old Edward John Abernathy, the principal of Connerton Elementary School in Land O’ Lakes. They said, according to preliminary details, that on October 23, the young student brought $2,100 of his parent’s money to school. Officials said the mother and father were unaware he did it.

When teachers discovered the cash, they counted the money and placed it in the principal’s office. Deputies said when the child’s mother arrived on campus to pick up the cash, deputies said Abernathy only gave her $1,200 and pocketed the remaining $900.

Abernathy was arrested on a grand theft. There is no word on his employment status with the Pasco County School District.