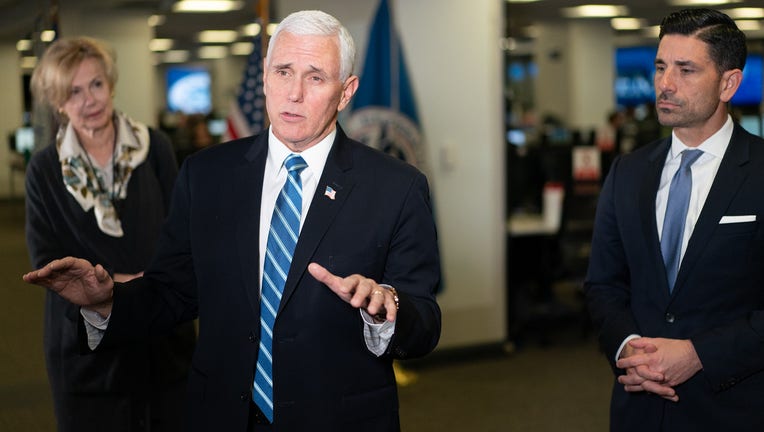 Photo by The White House

Vice President Pence said Tuesday that the White House is not considering a “nationwide lockdown” or a “stay at home order” amid the coronavirus outbreak.

During Fox News’ virtual coronavirus town hall with members of the White House Coronavirus Task Force, Pence, responding to a viewer question, sought to quell rumors of a national quarantine.

“I can tell you that at no point has the White House Coronavirus Task Force discussed what some people call a nationwide lockdown, or as you describe a stay at home order,” Pence said.

“What we’ve done is publish the president’s coronavirus guidelines: the ’15 days to slow the spread.’ This is what we believe every American should be doing because we think we have the chance to significantly reduce the spread of the coronavirus,” he continued.

“Let me say, as states like California and Illinois and of course New York and elsewhere have taken strong measures, President Trump and I fully support decisions by state and local officials that may be stronger than this,” Pence said, referring to the White House ’15-day’ plan.

The guidelines advised that older people and those with underlying health conditions “stay home and away from other people.”

Officials recommended that large swaths of the population isolate themselves and everyone avoid social gatherings or groups of more than 10 people.

They also said Americans should work from home if possible; avoid eating or drinking in bars and restaurants; and “avoid discretionary travel, shopping trips, and social visits.”

The president, on Monday, suggested that he could soon be ready to re-open portions of the U.S. economy.

"I’m not looking at months," Trump said Monday. "This is going away. We’re going to win the battle."

But top Pentagon officials on Tuesday, including Defense Secretary Mark Esper, said they estimated the coronavirus crisis to continue for at least 8 to 10 weeks, possibly three months.

“It looks like it has an eight- to 10-week period,” Esper said Tuesday.  “We need to plan for this to be a few months long, at least, and we are taking all precautionary measures to do that, to be in it for the long haul.”

Chairman of the Joint Chiefs of Staff Army Gen. Mark Milley took it a step further.

“You’re looking at eight to 10, maybe 12 weeks, something like that, call it three months,” Milley said. “Some of that depends on what we do as a nation to mitigate it, to flatten that curve so to speak. But we, the United States military, we’re going to do this as long as the mission takes.”

COVID-19 was designated a pandemic by the World Health Organization earlier this month. The president declared a national emergency, and governors across the nation have issued executive orders urging residents to stay at home.