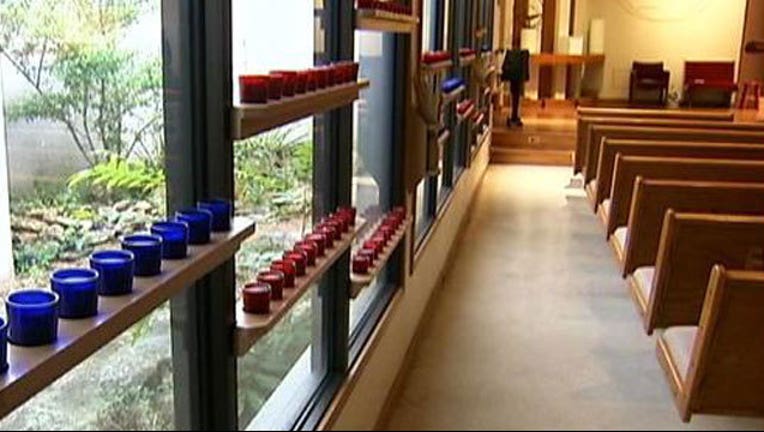 Sulma Franco has faced violence and persecution in her home country of Guatemala all for her preference on who she dates.

Franco is a lesbian, something that is taboo in her country. She graduated with a degree in psychology in Guatemala. During that time she began helping students who also identified as LGBT. Soon after, beatings and death threats followed.

Meg Barnhouse is the senior minister at First Unitarian Universalist Church in Austin. Earlier in the week Franco faced a June 11 deportation date. She found sanctuary with Barnhouse and the congregation. The church, along with Franco's partner continue to provide food and clothing for her, because she cannot leave the premises.

"Her sexuality was not a problem, not an issue at all. The issue was how quickly we needed to move.

We respect our government we respect our laws. It's just the laws have been cobbled together over so many years, with such an undergirding of racism in the laws," said Barnhouse.

Church service on Sunday was Franco's first as a part of the church. It's the care and love Barnhouse says her church was made to give. Franco describes the nightmares back home and hopes she never has to go back.

"If the decision had to be made I would say that I would rather be in a detention center than to be sent back to Guatemala," said Franco.

Minister Barnhouse says for centuries, it has been tradition, that soldiers or law enforcement do not enter a church to take someone away.

She says she hopes Franco's legal process can be expedited, so she can start over and become just as successful in the United States. Until then, she will have a church home, that cares.

A church has to be about more than just itself and keeping itself going. So to reach out to Sulma and to help her and to help in the campaign for others like her, feels like we're doing something that matters, and that feels good," said Barnhouse.

Franco has a petition online for her to remain in the United States.