Tearful testimony was heard during a House Congressional hearing on Wednesday as dog owners who say their pets died after wearing a popular flea collar pleaded for Congress to take action.

While the company says its product is safe, lawmakers want to know why it's still for sale. 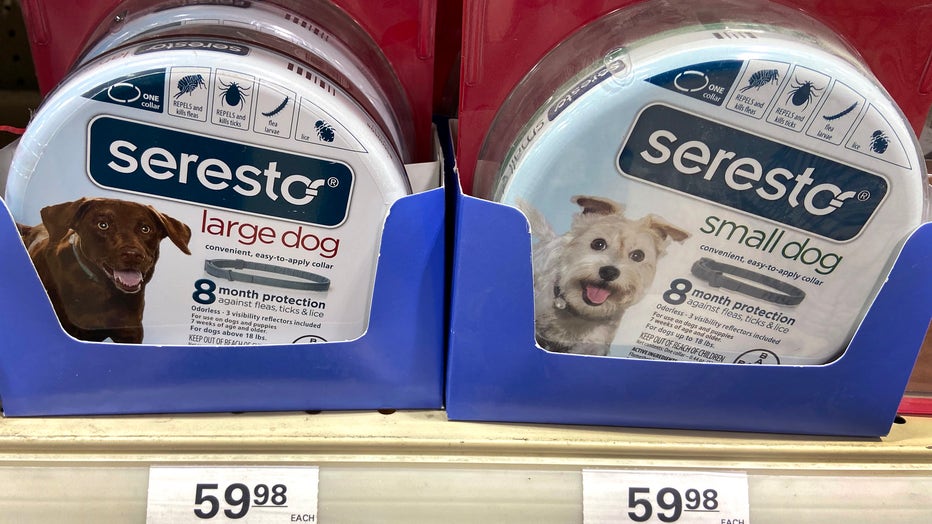 CHICAGO, ILLINOIS - MARCH 03: Seresto pet collars are offered for sale at a retail store on March 03, 2021 in Chicago, Illinois. According to U.S. Environmental Protection Agency documents, the flea and tick collars have been linked to hundreds of pe

READ MORE: Court rules Happy the Elephant is not a person, to remain at Bronx Zoo

"I can never bring Tigger back, but I hope by speaking here today I can help other pets and their owners avoid what Tigger went through," says Hemsley.

The president of the manufacturer says their product is safe and tested.

"More than 80 regulatory bodies around the world have approved Seresto and Seresto is widely used in more than 80 million collars worn over the past decade to protect dogs and cars from fleas and ticks," says the President of Elanco Animal Health Inc. Jeffrey Simmons.

Despite those assurances from the company, committee members questioned why the product was approved in the U.S., but rejected by Canadian regulators.

Many dog owners that FOX 5 spoke with say they assume products they buy for their dogs are safe.

"It’s honestly the first time it’s been brought to my attention and I now I feel bad that I don’t know more about it," one owner said.

Just prior to this hearing getting underway, there was an announcement by the EPA's Office of the Inspector General that it is investigating whether Seresto flea collars can still be used safely and whether the agency adhered to its legal requirements in its approval of the collars.