Dr. Anthony Fauci speaks on COVID-19 vaccines and their impact on mutations

Fauci feels confident in our race to vaccinate but remains concerned about the ongoing mutations circulating around the world.

Clinical trials of Pfizer-BioNtech’s COVID-19 vaccine have proven the shot to be 95% effective at preventing severe illness and death, but a new study out of Israel found the vaccine less effective against the South African and United Kingdom variants than the original strain.

The study of real-world data was conducted by a team from Tel Aviv University and Clalit Health Services. They compared more than 400 people who received at least one shot of Pfizer’s two-dose vaccine and contracted the virus to 400 people who had not been vaccinated and became infected.

People infected at least a week after the second dose were infected with the South African variant (B.1.351) at a ratio of 8:1, the study found. 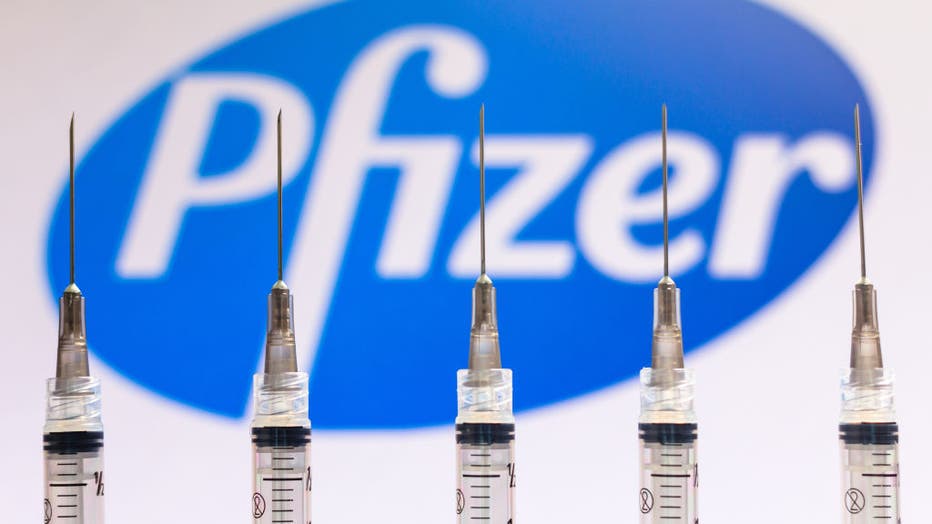 In this photo illustration, various medical syringes seen with the Pfizer company logo displayed on a screen in the background. (Photo Illustration by Rafael Henrique/SOPA Images/LightRocket via Getty Images)

Those infected between two weeks after the first dose and one week after the second dose were infected by the UK variant (B 1.1.7.) by a ratio of 26:10, suggesting reduced effectiveness against both variants under different dosage and timing conditions.

"This means that the South African variant is able, to some extent, to break through the vaccine’s protection," Tel Aviv University’s Adi Stern told Reuters.

The study, which was pre-printed Saturday, features a disclaimer where it stressed the findings has not been peer-reviewed and are not recommended for guidance in clinical practice.

Previous studies have found the Pfizer vaccine effective against these two variants.

In an interview with FOX Television Stations, Dr. Anthony Fauci — the top U.S. infectious disease expert — said the protection against any symptomatic infection diminishes by a fair amount when variants are involved.

Even so, the FDA-authorized vaccines from Pfizer, Moderna and Johnson & Johnson still offer solid protection against severe disease, hospitalization and death, he said.

"So what might happen is that when you get these new variants, some of them may not be protected against when you’re talking about mild-to-moderate disease, but at the same time, people are not going to get severely ill and wind up dying," Fauci explained.

Fauci has previously said vaccines are designed to recognize multiple parts of the coronavirus’ spike protein, making it unlikely a single mutation could be enough to block the vaccine.

But scientists around the world, such as the researchers in Israel, are conducting research with different vaccines to find out.