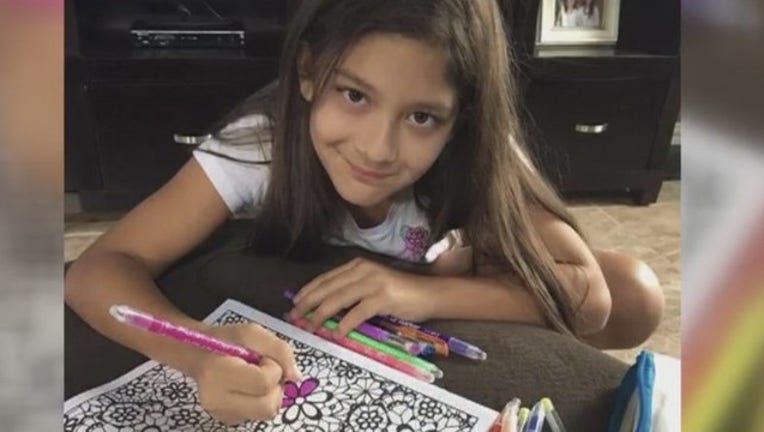 Pflugerville Police Sergeant Kurk Anderson and his wife Kimberly found out 9-year-old Camryn was diagnosed with Aplastic Anemia in late August. Camryn is one of less than 20,000 people diagnosed with the rare blood disease.

Along with blood transfusions the once energetic girl now needs a bone marrow transplant.

Last month, the Anderson’s prayers were answered when their doctors told them a donor in the U.S was a match, and they can begin preparing for the transplant process on January 1st. "The fact that we have a donor is a miracle because there's like 14-hundred kids right now that are on the registry waiting. Bone marrow donors there's just not that many of them out there," Sgt. Kurk Anderson.

However, Camryn’s battle doesn't end there she'll spend six weeks in the hospital and then about three months in Houston where doctors will monitor her blood cell count daily. The Pflugerville Police Department plans to host a bone marrow donor drive and fundraiser on December 6th at several Chili’s to help cover the family's medical costs and register more potential donors.

Sgt. Anderson said the drives they've had over the past couple of months has registered about 2,000 bone marrow donors. He hopes more people will register to donate to help other kids like Camryn.