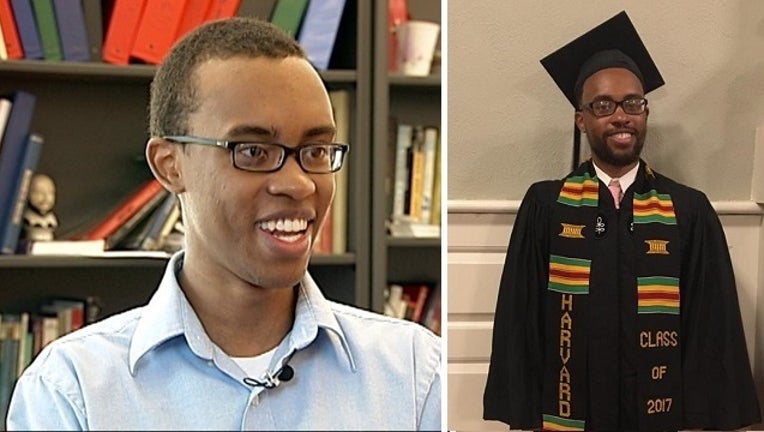 PHILADELPHIA (WTXF) - A local student who made headlines back in 2012 when he earned a perfect score on his SATs has graduated from Harvard!

Cameron Clarke, a Germantown Academy grad, graduated from Harvard University this week, years after his perfect SAT score helped him get into the school.

Cameron graduated with a degree in Philosophy and African and African American Studies with a minor in Computer Science.

Back in 2012, Cameron admitted his perfect score almost never happened.

"I realized with 5 minutes to spare that I made a mistake and I need to erase 35 bubbles and go back and write them in the right sections. so that was kind of the low point of the day for me," Cameron said at the time.

Cameron had previously credited the combination of Starbucks mocha grandes for getting him through late nights of studying, along with his circle of friends who served as a positive influence on him and helped him through his SAT Prep course.

As for Cameron's next step, he's heading to Chicago where he will work for a company as a Data Scientist.