NORFOLK, Va. - People have been diving to the Titanic's wreck for 35 years. No one has found human remains, according to the company that owns the salvage rights.

But the company’s plan to retrieve the ship’s iconic radio equipment has sparked a debate: Could the world’s most famous shipwreck still hold remains of passengers and crew who died a century ago?

Lawyers for the U.S. government have raised that question in an ongoing court battle to block the planned expedition. They cite archaeologists who say remains could still be there. And they say the company fails to consider the prospect in its dive plan. 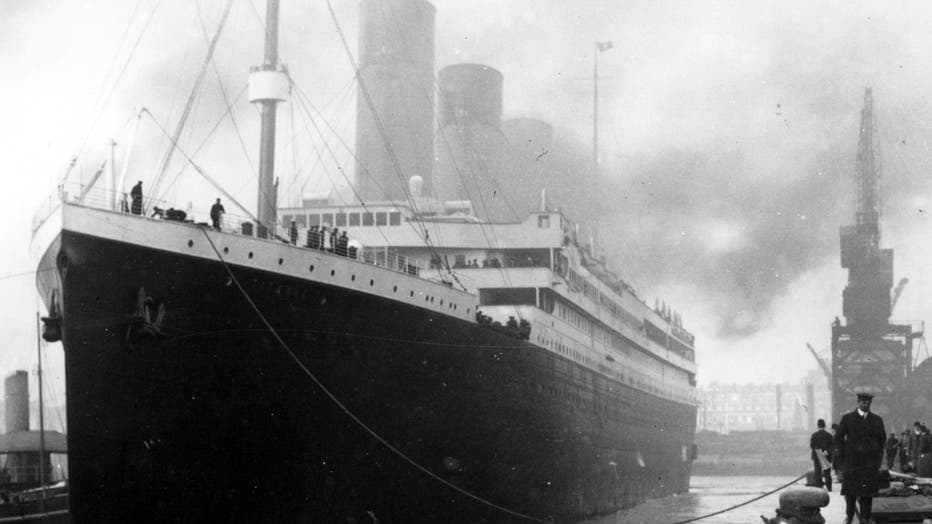 “Fifteen hundred people died in that wreck,” said Paul Johnston, curator of maritime history at the Smithsonian’s National Museum of American History. “You can’t possibly tell me that some human remains aren’t buried deep somewhere where there are no currents.”

The company, RMS Titanic Inc., wants to exhibit the ship’s Marconi wireless telegraph machine. It broadcast the sinking ocean liner’s distress calls and helped save about 700 people in lifeboats.

Retrieving the equipment would require an unmanned submersible to slip through a skylight or cut into a heavily corroded roof on the ship's deck. A suction dredge would remove loose silt, while manipulator arms could cut electrical cords.

RELATED: Four facts you might not know about the sinking of the Titanic

RMS Titanic Inc. says human remains likely would've been noticed after roughly 200 dives. “It’s not like taking a shovel to Gettysburg,” said David Gallo, an oceanographer and company adviser. “And there’s an unwritten rule that, should we see human remains, we turn off the cameras and decide what to do next.”

The dispute stems from a larger debate over how the Titanic's victims should be honored, and whether an expedition should be allowed to enter its hull.

In May, a federal judge in Norfolk, Virginia, approved the expedition. U.S. District Judge Rebecca Beach Smith wrote that recovering the radio “will contribute to the legacy left by the indelible loss of the Titanic, those who survived, and those who gave their lives.”

But the U.S. government filed a legal challenge in June, claiming the undertaking would violate federal law and a pact with Britain recognizing the wreck as a memorial site. U.S. attorneys argue the agreement regulates entry into the wreck to ensure its hull, artifacts and “any human remains” are undisturbed. 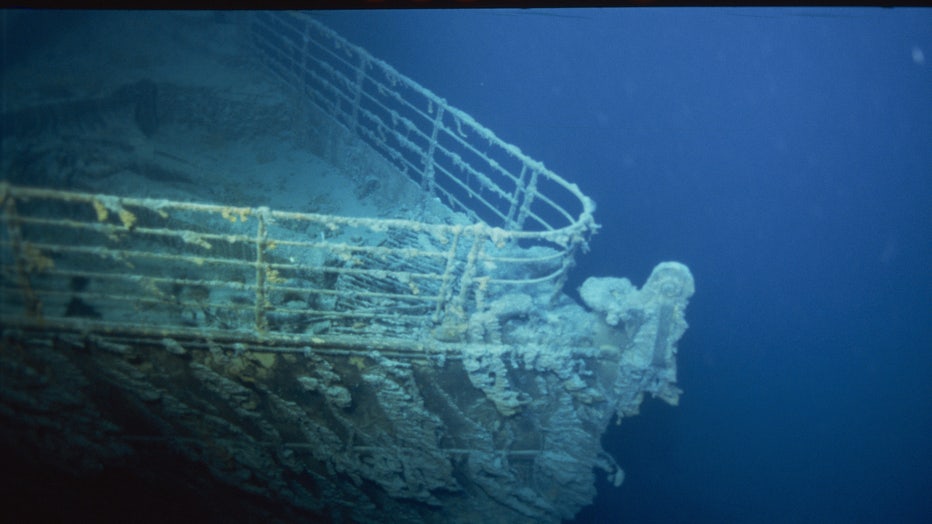 THE ATLANTIC OCEAN THE NORTH OF NEWFOUNDLAND: Titanic. Wreck of Titanic, poured at night from April 14 till 15th 1912, in the Atlantic Ocean the North off Newfoundland. During his inaugural journey, he had to connect Southampton to New York E Between

The case is pending before the 4th Circuit Court of Appeals in Richmond.

The Titanic was traveling from England to New York in 1912 when it struck an iceberg and sank in the North Atlantic. The wreck was discovered in 1985. Over the years, explorers have sent remotely operated vehicles into parts of the ship. During his 2001 expedition, film director James Cameron surveyed the area in a deckhouse that holds the telegraph equipment, according to court documents filed by the company.

People on both sides of the human-remains debate claim the issue is being played down — or up — to support an argument.

RMS Titanic Inc. President Bretton Hunchak told The Associated Press the government’s position is based on emotion rather than science. “Issues like this are used simply to raise public support," Hunchak said. “It creates a visceral reaction for everybody.”

The firm is the court-recognized steward of Titanic artifacts, overseeing thousands of items including silverware, china and gold coins. “This company has always treated the wreck as both an archaeological site and a grave site with reverence and respect,” Hunchak said. “And that doesn’t change whether in fact human remains could possibly exist.” 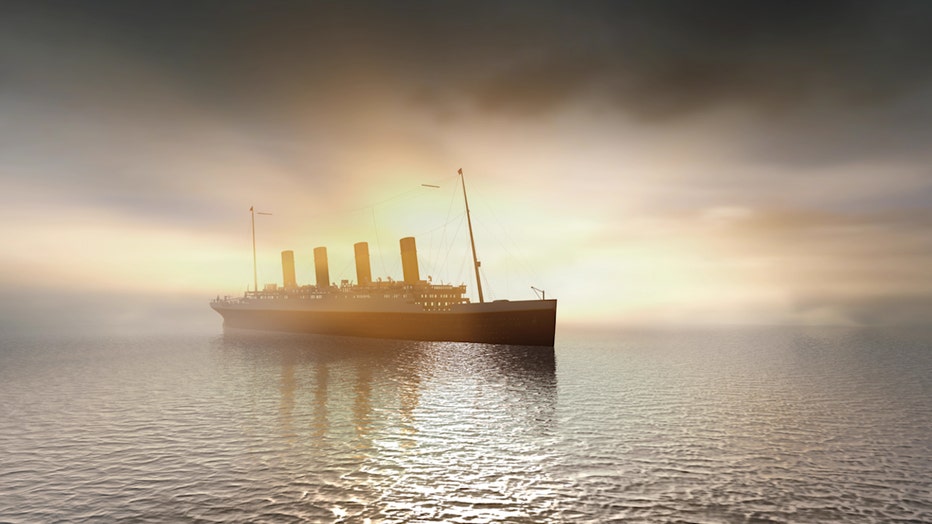 People have been diving to the Titanic's wreck for 35 years. No one has found human remains, according to the company that owns the salvage rights.

Gallo said remnants of those who died likely disappeared decades ago.

RELATED: Brad Pitt makes 'Titanic' joke during Golden Globes speech: 'I would have shared the raft'

Sea creatures would've eaten away flesh because protein is scarce in the deep ocean, and bones dissolve at great ocean depths because of seawater's chemistry, Gallo said. The Titanic sits about 2.4 miles (3.8 kilometers) below the surface.

Yet whale bones have been discovered at similar depths, as were human remains on a 2009 Air France plane that crashed into the Atlantic. “But generally that doesn’t happen,” said Gallo, who previously worked at the Woods Hole Oceanographic Institution and has been involved in several Titanic expeditions.

Archaeologists who filed court statements supporting the government’s case said there must be human remains, and questioned the motives of those casting doubts. 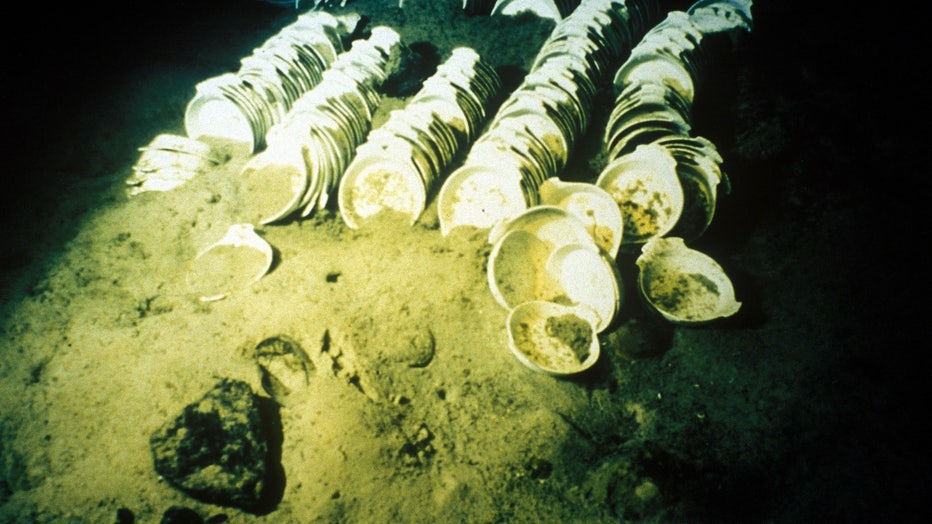 Johnston wrote to the court that remains could be “within the confines of the wreck or outside in the debris field” in areas lacking oxygen. In an interview, Johnston said the company doesn’t want “anyone to be thinking about human remains. They want people to think, ‘Oh cool. I have new artifacts to show the public.’”

David Conlin, chief of the National Park Service’s Submerged Resources Center, also filed a statement against the expedition. Conlin told AP “it would be scientifically astounding if there were not human remains still onboard that ship.”

He said wrecks older than the Titanic have contained remnants of crew or passengers. Eight sailors’ remains were discovered on the H.L. Hunley, a Confederate submarine that sank in 1864. And human bones were found at a first-century B.C. freighter wreck near the Greek island of Antikythera.

“Very deep, cold, low-oxygen water is an incredible preservative,” Conlin said. “The human remains that we would expect to find are going to be in the interior spaces that are more difficult to access, where the preservation will be both tragic and spectacular.”