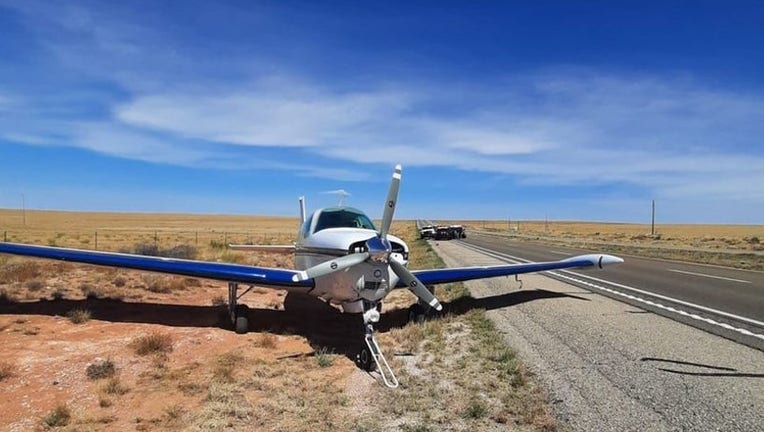 Deputies said dispatchers were notified around 9:47 a.m. local time by the Roswell Air Center saying a small engine plane had made a request to land on highway 285.

Deputies quickly arrived and closed lanes of traffic to allow the aircraft to land.

The plane landed safety and all occupants were safe, according to authorities who posted about the incident on their Facebook page.

Damage to one of the wings was reported, but authorities haven't said what caused the pilot to make the emergency landing.

The Federal Aviation Administration is en route to begin its investigation.