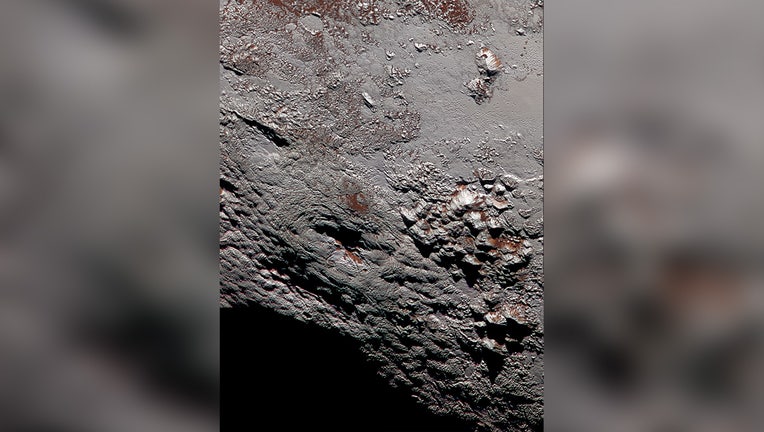 FILE - Scientists with NASA’s New Horizons mission have assembled this highest-resolution color view of one of two potential cryovolcanoes spotted on the surface of Pluto by the New Horizons spacecraft in July 2015.

After years of research, scientists now hypothesize that giant dome-like formations that were first photographed by NASA’s New Horizons spacecraft in 2015 were recently active icy volcanoes, also known as cryovolcanoes.

These formations could indicate that the interior of the giant space rock was warmer than previously thought, according to a study published in the journal Nature Communications on March 29.

Researchers believe there may be an insulating layer under Pluto’s surface, kind of like the insulation in a coffee mug that keeps the liquid hot - the same principle applies to Pluto.

This built-up heat within Pluto could be how these icy volcanoes produced viscous material and spewed out icy water or slush, Kelsi Singer, senior research scientist at the Southwest Research Institute in Boulder, Colorado and lead author of the study, told FOX TV Stations.

"This area is by far the most numerous and the largest icy volcanoes found so far in the solar system," Singer said.

"Besides just being a fun fact, this means that Pluto had to have more heat in its interior than we expected. In order to produce volcanoes, you need the material to be mobile. It is really cold on Pluto, the average surface temperature is 40K or -390 Fahrenheit. So some internal heat is needed even for icy materials to make them mobile," Singer added.

Where were the cryovolcanoes discovered?

Researchers said the location of these icy volcanoes is just at the tip of the Sputnik Planitia. Many may remember the image of Pluto’s heart-shaped feature on its surface. These giant cryovolcanoes are located just southwest of the tip of the heart. 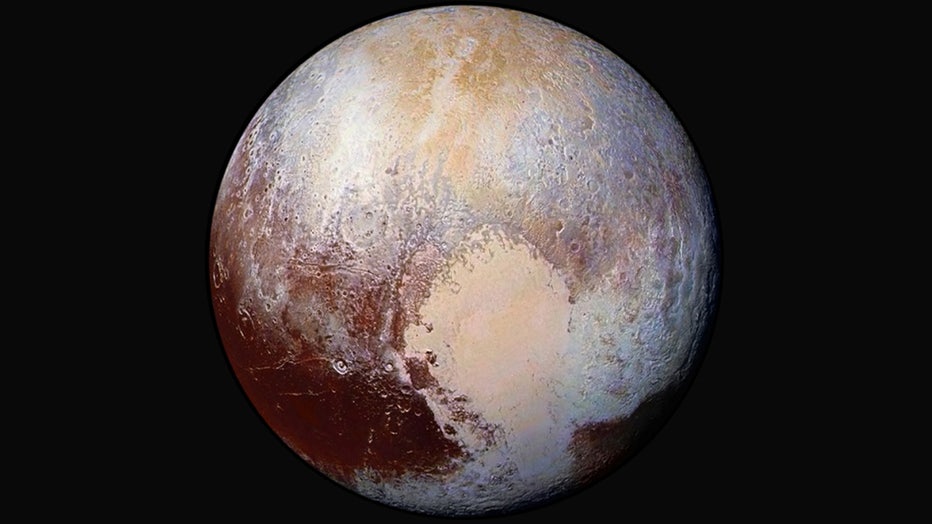 New Horizons scientists use enhanced color images to detect differences in the composition and texture of Pluto’s surface. When close-up images are combined with color data from the Ralph instrument, it paints a new and surprising portrait of the dwa (NASA/JHUAPL/SwRI)

How big are they?

The icy volcanoes range from about one to four miles high, and about 20-60 miles across, Singer said. The tallest cryovolcanoes are almost as tall as Mt. Everest, and about the same height as the state of Massachusetts. 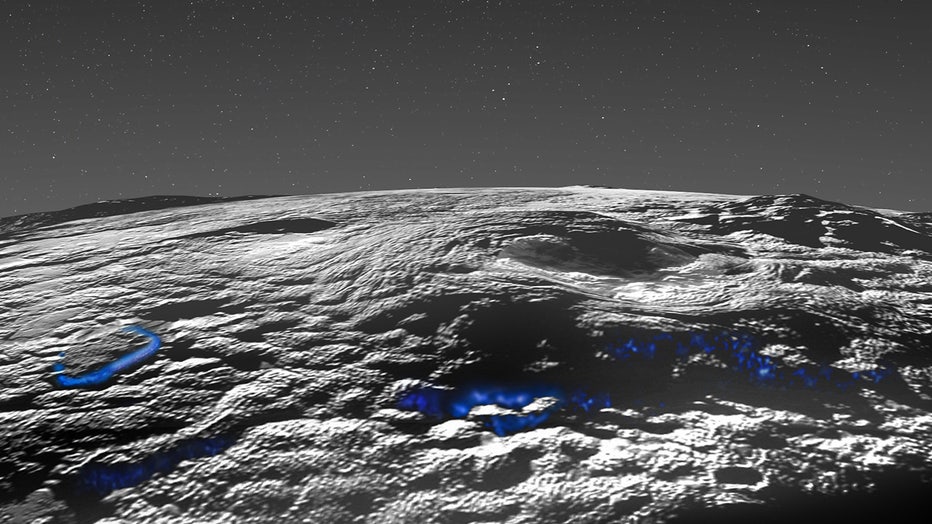 Perspective view of Pluto’s icy volcanic region. The surface and atmospheric hazes of Pluto are shown here in greyscale, with an artistic interpretation of how past volcanic processes may have operated superimposed in blue. (NASA/Johns Hopkins University Applied Physics Laboratory/Southwest Research Institute/Isaac Herrera/Kelsi Singer)

Yes. There are actually a few places in our solar system that are home to some cryovolcanoes, according to Singer, but none are as unique as the ones found on Pluto.

"On Ceres (an icy asteroid) there are a few isolated mountains, and on Triton (moon of Neptune) there are vast flat smooth areas that were probably more like flooded areas, similar to the vast smooth dark areas on the Moon that are from flood-style volcanism," Singer said.