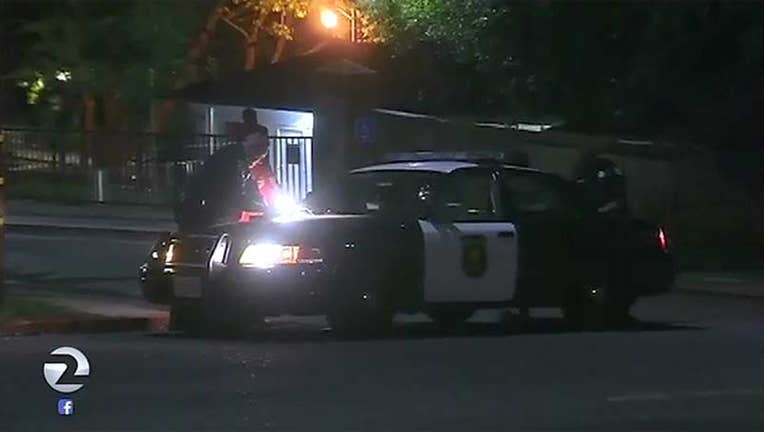 BERKELEY, Calif. - The Berkeley police department says they've arrested a 12-year-old girl who is responsible for lighting four separate fires in the Berkeley Hills on Friday.

Police say the first fire was set around 10:22 a.m. on the 1600 block of La Vereda Road. A small area of grass was set on fire, and neighbors were able to extinguish the fire before it had a chance to spread.

Around 2 p.m., emergency personnel responded to a second grass fire along Cedar Path, a pathway between La Loma Avene and La Vereda Road.

While crews were on scene extinguishing the Cedar Path Fire, a third fire began in a pile of dried leaves on the 1600 block of La Vereda Road, police said.

The fourth fire began at 7:28 p.m. after firefighters were called to a structure fire on the 2700 block of Cedar Street.

Police say that after an investigation into all four fires, the suspect was identified as the 12-year-old girl. She was not identified due to her age, and it wasn't immediately clear when and where she was arrested. Police did not announce what specific evidence they found linking the 12-year-old to the four fires. They also did not list which charges she faces.

Police say they're thankful that neighbors helped to extinguish the fires, and for quickly sharing information that helped investigators make an arrest.

Police are also thankful no one was seriously injured by any of the fires.

The fires in Berkeley come about three weeks after youngsters were arrested in connection with another East Bay residential blaze.

In that case, three teenage boys playing tennis with lighted tennis balls started an explosive blaze in Martinez that destroyed a home and caused a massive fireball to loom over the neighborhood.

Onlookers are amazed at an explosion of fire that destroyed one home in Martinez. The fire was contained and surrounding homes were secured by Contra Costa County Fire Protection District.